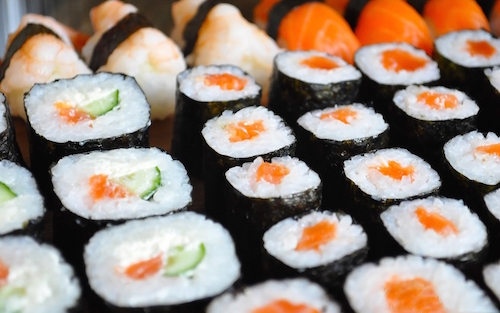 Ebi Sushi, Derby
People often ask where to eat great sushi in Birmingham and after screwing my face up a little, I usually direct them to Ebi Sushi in Derby. Which if you live in the north of Birmingham is only a half-hour drive along the A38. Chef patron Mr Ebina’s restaurant is on a quiet street on the outskirts of Derby centre and from the outside it looks rather scruffy. It hasn’t changed much in the seven years since a Japanese friend took us there, claiming the food was just as good as home. I had my doubts but they melted away at that first visit. Ebi Sushi exists because of the nearby Toyota factory and its expat employees. It’s a perfect slice of everyday Japan and the basic interior belies the wonderful Japanese food that is served. 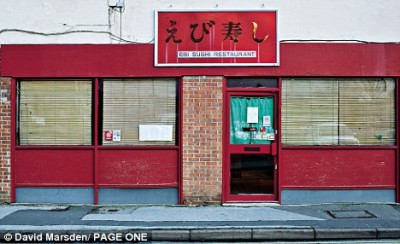 Mr Ebina the sushi chef produces traditional Edo-style sushi and sashimi dishes of exceptional quality from his counter in the dining area. He hand-picks the seafood from regular trips to Billingsgate market and his dedication really shows in the consistency of his offering. Order a sushi combo and you’ll be presented with not just variations of salmon and tuna but also the freshest scallops and other seafood prepared from scratch. Fatty tuna belly otoro melts in the mouth and contrasts with the humble yet umami-packed mackerel. Don’t forget to order some of the home-style dishes from the back kitchen. Wonderful, crispy, soft shell crab, tempura noodles and a changing selection of specials makes Ebi Sushi the complete Japanese package.

My friend moved back to Japan long ago and I continue to eat at the best sushi restaurant in Birmingham.

Lewis’s Deli & Eatery, Moseley
Moseley in Birmingham is not lacking delis or cafes, being as it’s one of the most chichi places to live in Birmingham. Lewis started Lewis’s Deli a couple of years ago solely as a deli selling classic continental produce – think bucatini pasta, Brindisa goodies like Iberico ham, interesting Mexican staples from the Cool Chile Co, you get the idea. Fresh sourdough bread is supplied by Thirteen Bakers and shelves are full of other interesting, hard-to-find stuff. These are all still available and what’s more, Lewis’s is now also a splendid little eatery. 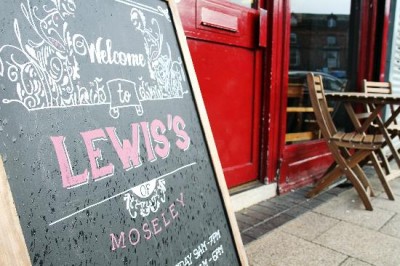 The comfortable, warm interior is perfect for dropping in and grabbing a deli sandwich and a coffee. Lewis and his staff are lovely, really lovely, making you want to stay just that little bit longer. Maybe for a slice of cake, supplied by Bake, who are regulars at farmers market and streetfood events. They’re outrageously good! Lewis’s is a gem of place and not so hidden that you shouldn’t check it out.

Fiesta Del Asado, Edgbaston
The team behind Brum’s most famous Indian restaurant Lasan took over an old guesthouse on the Hagley Road and created an Argentinian restaurant, Fiesta Del Asado, that oozes warmth and class. The parilla or Argentine grill is at the forefront of the open kitchen, and the grill master turns out perfectly grilled cuts of beef as well as lamb and chicken over charcoal and wood. 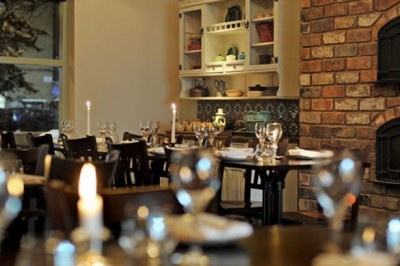 But you shouldn’t skip the starters. Iberico jamon de bellota is served on warmed plates so that the complex flavour is magnified. Best of the all, the smokiest, fudgiest morcilla is rich and deeply seasoned – it’s worth going for this dish alone if you’re a blood pudding lover. They do things properly here: a cross cut of beef shortrib is cooked daringly pink, not falling off the bone soft. It rewards the chewer as more and more of the exceptional beefy flavour is released with each bite. The wine list is extensively malbec as you would expect, which goes so well with red meat.

Don’t forget the postres, desserts. The Santiago tart with honey ice cream on my last visit was wolfed down so quickly that I must have inhaled it. Fiesta Del Asado is quite pricey but this is superior cooking without unnecessary high-end flourishes. It’s food you want to eat, just how it should be.