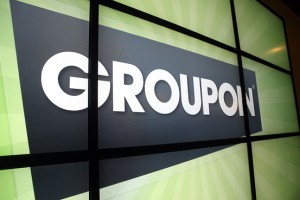 The following is an edited version of an email sent to Great Food Magazine yesterday. We thought it provided an interesting point of view, so decided to publish it as a blog. We are waiting to see if the writer wishes to be named. If so, we will update the blog accordingly…

“I feel very strongly that Groupon has become a cancerous scourge on independent restaurants and other retailers.

“Whilst invariably providing a good deal for consumers, the effect I have seen on restaurants is not good and I hear the same story over and over.

“In these economic times, restaurateurs feel by signing up to Groupon (in every instance I have heard it is with a loss-making deal), they make an empty restaurant busy, they can hope to partially offset their losses by drink sales and can convey the impression to non-Groupon customers who may also be dining, that they are successful, with bustling midweek services. They also hope that Groupon customers, impressed with their offering, will evolve into regular paying customers.

“The reality is that Groupon customers are not loyal. The culture that Groupon has created is one where people are encouraged to make dining choices based on deals rather than experience. Of course diners have always done this, choosing restaurants for  their own in-house ‘steak night’ or 2-4-1 promotions.

“The difference is the economics. For every £10 a Groupon customer spends, £5 is siphoned directly out of the local economy to the faceless multinational that is Groupon. The VAT for the full amount (£2) is paid by the restaurant leaving them with only £3 out of every £10 for an advertised deal. Groupon customers, with a new-found loyalty to Groupon (as opposed to any specific restaurant) automatically exclude themselves from ‘non-Groupon’ restaurants, who in turn, feel the pressure to join Groupon given the number of ‘customers’ it could create for their ever quieter restaurant.

“What Groupon brings that other discount cards or in-house promotions can’t is volume. Groupon sells. It is not unusual for a small restaurant to sell thousands of meals in a few hours of an offer going online.

“The problem as I see it is specific to local independent restaurants (such as mine) since the national chains either have the scale to negotiate better deals with Groupon or have sufficient customer databases/marketing capacity to operate the discounts effectively independently.

“I don’t fully know what the solution to this is, but I think a co-operative approach to discounting, such as the Lunch For Less scheme, is far more attractive and beneficial to independent operators.”