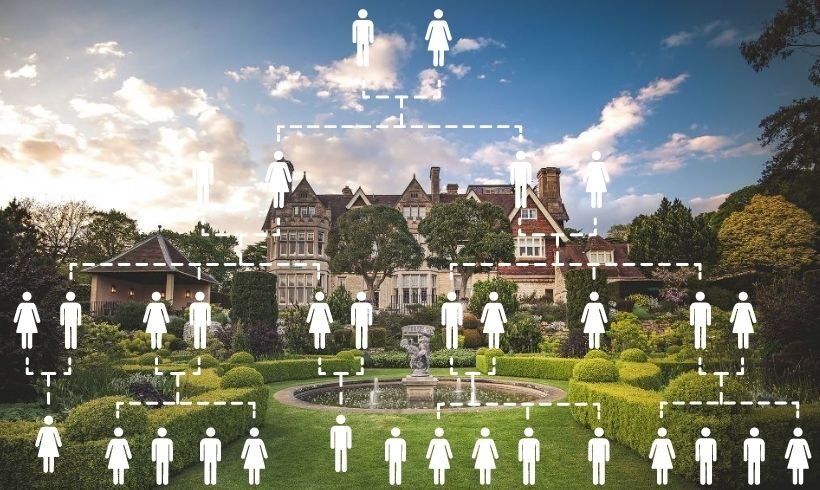 In February 2022, Hambleton Hall near Oakham in Rutland was awarded a Michelin star for the 40th consecutive year – the longest-retained Michelin star in Britain. This is an outstanding achievement. But perhaps more remarkable is Hambleton Hall’s unique talent for finding, developing and unleashing talent.

Visionary owner Tim Hart, who acquired Hambleton Hall in 1979, and Aaron Patterson, head chef since 1992, have an uncanny knack for launching the careers of brilliant chefs and hospitality pros. Indeed, the Hart – and latterly Patterson – golden touch is so prolific that it’s easy to compile a list of outstanding alumni:

Nick Gill – Hambleton Hall’s first head chef was hired by Tim Hart in 1980 and stayed for five years. Nick, brother of the late restaurant critic AA Gill, kicked it all off by winning the Michelin star that Hambleton has retained ever since.

Chris Ansell – Joined Hambleton Hall right at the start in the summer of 1980, working with Nick Gill when it first won a Michelin Star. Chris, after stints at top places including Langar Hall and The Olive Branch, is now back in the Hambleton Hall kitchen, working alongside Aaron Patterson.

Sean Hope – Hambleton Hall for seven years. Opened The Olive Branch with Ben Jones, where he won a Michelin star.

Julian Carter – Hambleton Hall for several years. Now head baker and co-founder, Hambleton Bakery in Rutland, which was named UK Bakery of the Year by ITV.

Alan Gleeson – Hambleton Hall for four years. Then worked at the Lucky Onion and now at The Harcourt Arms, Oxfordshire.

Phil Britten – sous chef at Hambleton Hall when it first won a Michelin Star. Now runs his own cookery school at Wotton Underwood near Oxford.

There are many more besides and apologies to those missing from the list. In addition, there are other, more indirect ripples of success, which once set in motion from Hambleton Hall, continue to flow outward. There’s not enough room here to list all the talented chefs who learned their trade under Hambleton Hall-trained chefs, but this trio provides a good example – each earned their stripes in Sean Hope’s Olive Branch kitchen:

Dan Smith – head chef at The Exeter Arms, Easton on the Hill.

So, congratulations to Tim, Aaron and the current team, and three cheers for Hambleton Hall and all who’ve sailed in her and will sail in her! May this Rutland legend continue to cast its magnificent shadow across the culinary world for years to come.

Thanks to Tim Hart, Aaron Patterson, Chris Ansell and Elior Pritchard for their help with creating this article.