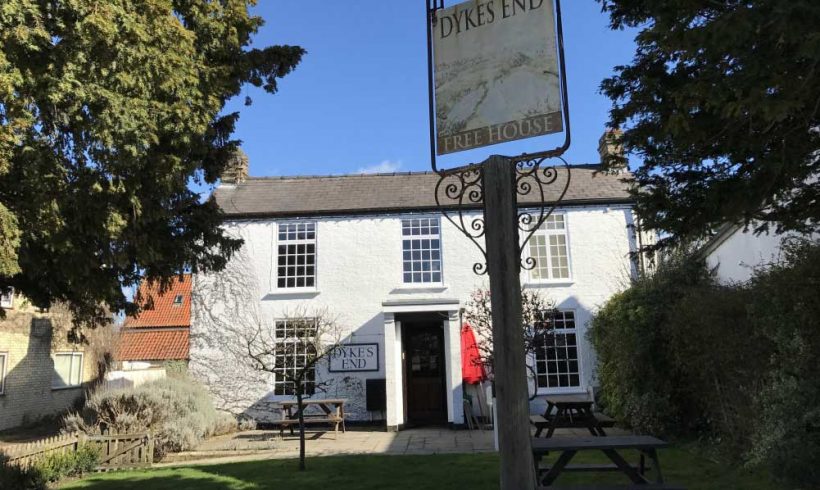 In 2003 the Prince of Wales described The Dyke’s End at Reach as “this splendid pub”.

Reach, or ‘Reche’ as it was previously known, has been inhabited for more than 2,000 years and lies at the northern tip of the Devil’s Dyke – a remarkable feat of Saxon engineering that is some seven miles long.

Originally called the Dyke’s End and subsequently the King’s, the pub reclaimed its memorable name in 1999 when the village bought the freehold rather than see their only pub close. The pub is now run by Catherine and George Gibson.

Their menus change as different produce and game come into season, but they always include pub classics such as local sausages and mash, outstanding fish and chips, and steak-frites. Sunday lunches are often fully booked, so you are well advised to reserve a table.

Catherine and George say: “Things that you will not find here are paper serviettes, sachets of ketchup, alcopops, piped music, games machines, or microwaved food.” Instead, they offer candlelight, a glowing fire (when needed), scrubbed tables, mismatched linen napkins and affordable high quality cooking, not to mention a well-kept cellar.

It’s what a pub should be!