Join Free
We use cookies on this site to analyse traffic, remember your preferences, and optimise your experience. Find out more.
Okay
Recommended by our reviewers
Great Food Club Guide Northamptonshire Waterloo Cottage Farm 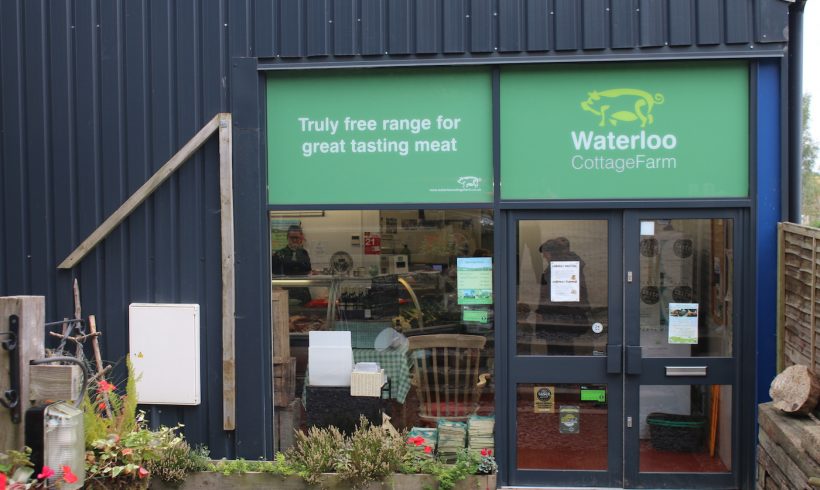 A free large pie or curry with any order over £40. Please show your membership card

Waterloo Cottage Farm was named Food & Beverage Achiever of the Year in the Carlsberg Northamptonshire Food and Drink Awards 2016/17. And in the same awards its marinated hogget cannon picked up the title of Artisan Local Savoury Product of the Year.

This farm shop, butchery and food school started because Angus Clarke had a dream to produce meat that he knew came from healthy, well cared for and locally reared animals. After buying the farmhouse, five acres and two pigs called Fleur and Ruth in 2010, Angus and Kirsty began on the journey that has led them to the 125-acre farm, farm shop, butchery, school and community garden they now run.

After rearing Fleur and Ruth, they needed an outlet to sell surplus pork – there are only so many pork meals a family can eat. So in December 2010, they converted a barn and opened a small farm shop. They then needed more stock to fill the shelves, so they bought more pigs and sheep for the farm. Next they employed a master butcher and a resident chef to make pies, lasagnes, sausages, pork pies, charcuterie and lots more for the shop. Angus and Kirsty then introduced beef and poultry. Final additions were a range of teas, coffees, preserves, pickles, British cheeses, local vegetables and an impressive selection of Adnams wines.

The business is a lot bigger now than in 2010 but the ethics remain unchanged – recyclable, renewable, eco-friendly, healthy, local and tasty. The pigs and lamb are pasture fed and reared to 30 months (10 months more than the norm). Chemicals are avoided except in medical emergencies.

100% of the lamb, hogget and mutton for the shop comes from their own animals, and their pigs account for 90% of the shop pork (the remainder comes from local farms). Different breeds are used for different end products – Saddleback and Gloucestershire Old Spot make ideal bacon and charcuterie, while the leaner varieties such as Middle Whites and British Lop are used for roasts and steaks. Beef is bought in, hung and butchered at the farm shop before being prepared for the butcher’s counter or for charcuterie such as bresaola and coppa.

The farm also runs butchery courses, cookery courses, a community vegetable garden and there are plans for a café and yurt ‘glamping’.

Waterloo Cottage Farm is far more than a farm shop, built on a dream and is run to a clear vision by passionate people. We recommend a visit.

View all businesses in Northamptonshire