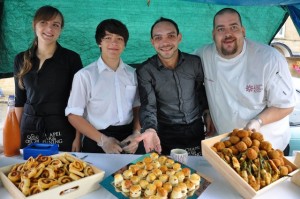 It poured down for most of the day but that didn’t dampen spirits or seem to have much impact on the numbers of food-lovers who visited Oundle Food Festival on July 16.

In addition to the 30 or stalls that set up shop in the Northamptonshire town’s market place (including a Great Food magazine stand), one of the many highlights of the day was Dan Lepard’s bakery demonstrations in the town hall, which were well attended.

“Absolutely brilliant,” said Sally Craven of Claybrooke Magna, Leicestershire, after watching the Guardian writer’s sourdough loaf making demo. “I’ve learnt so much and can’t wait to put what Dan showed me into action at home.” 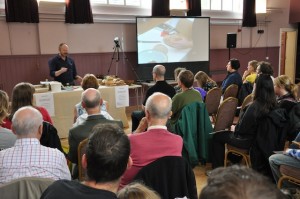 There were also sausage making demonstrations by Alex Chambers of Squisito, sushi making lessons by Ginko Sushi and talks by several foodie luminaries, including Arthur Potts Dawson, founder of The People’s Supermarket.

Despite the weather, all the stall holders we spoke to did brisk trade and met lots of new customers.

Congratulations to Alison Newcomb, the woman behind the food festival, who has built a very special event – it is undoubtedly one of the best food festivals that the region has to offer. And thanks to the people of Oundle for braving the weather and supporting the local producers!

A full report from the day, along with a local loaf recipe by Dan Lepard, will appear in Issue 8 of Great Food Magazine, out on September 6. For Great Food’s full food and drink events diary, click here.

More photos from the day… 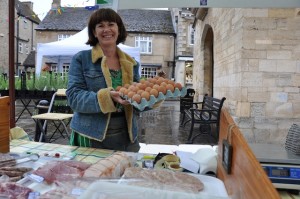 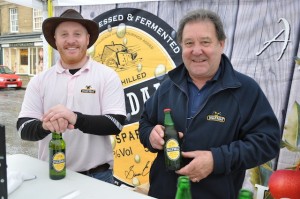 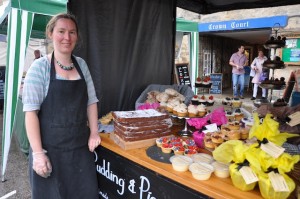 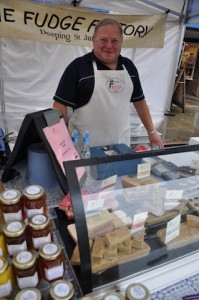 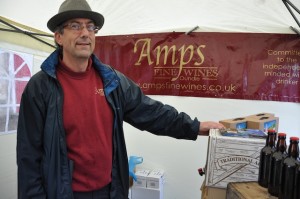 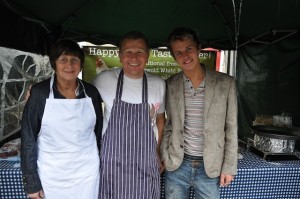 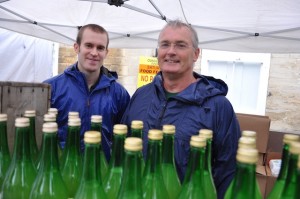 James (left) and David Fisher of Watergull Orchards of Wisbech 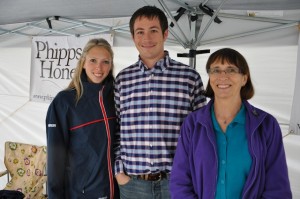 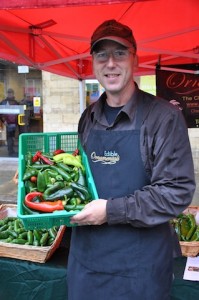 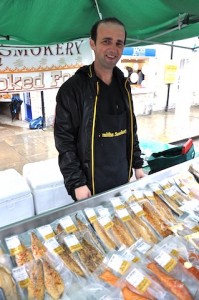 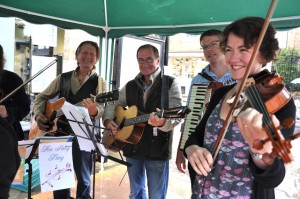 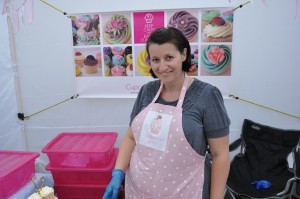 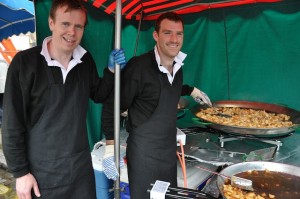 Steve Cooper and Will Evans of Duck Fat Roasties, Nottingham 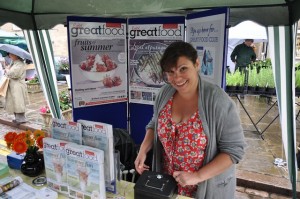 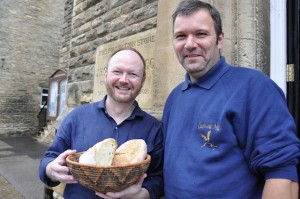 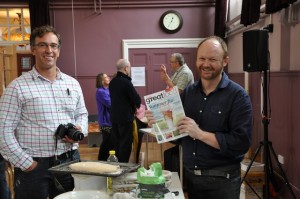 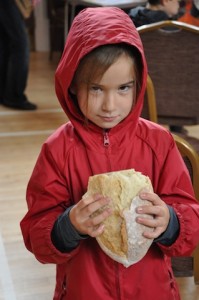 Claybrooke Miller Spencer Craven’s daughter with one of Dan Lepard’s loaves, made with flour milled by her dad! 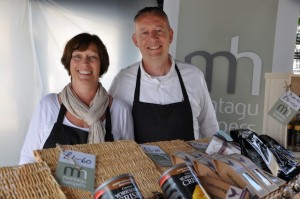 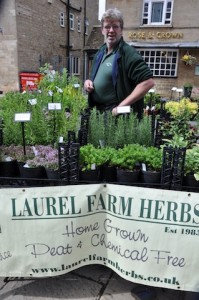