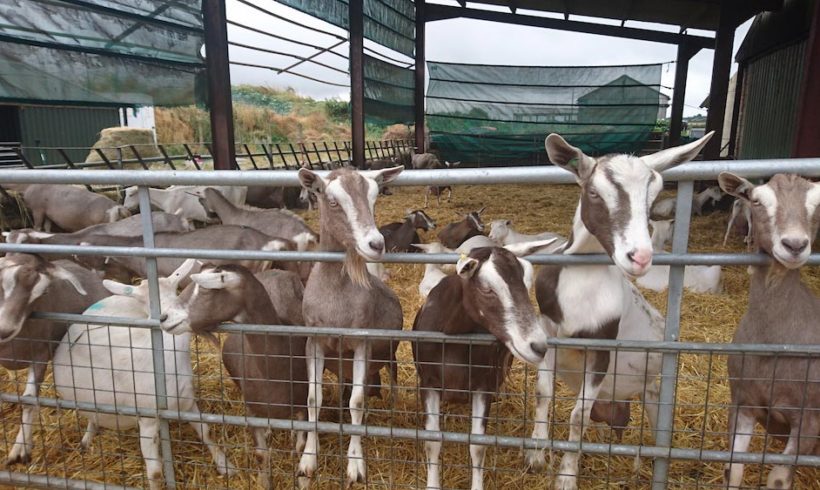 When I heard that Nene View Dairy had been nominated for another award for its goats’ cheese, I was there quicker than you can say “pass the crackers”. After a slight navigational mishap that meant I found myself parked in a neighbouring field, I arrived at Redlands Farm, home of the family-run operation.

From the moment I arrived it was clear that goat welfare is at the forefront. When owner Geoff Twell showed me around, it was brilliant to see the affection he has for his animals. They all have nicknames and come running over when they hear his voice. My favourite names include ‘Stomp’ who always stamps her feet during milking, and ‘Asbo’ who sounds like a bit of a rascal. 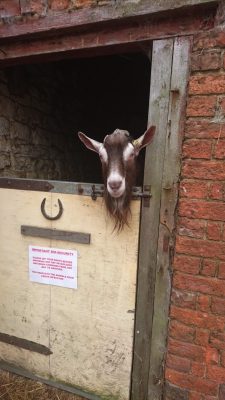 The cheese is made every two to three days in small 25kg batches from two different goat breeds – British Toggenburg and Saanen. Geoff explained that they get the right fat content for cheese production by combining the milk from these two breeds.

While Geoff is out tending the goats, Christine Twell can be found making the cheese and developing new recipes. I was lucky enough to try some different varieties and they are all delicious. They make a wide selection of hard goats’ cheeses including Togglers – a Wensleydale-style cheese; Skyver – similar to a Double Gloucester; and Redlands – a Red Leicester-style cheese. A full list of varieties is on the website.

At certain times you will also be able to buy special seasonal varieties such as Rapstick, which is Skyver cheese infused with chives; and Cranberry Currier – Togglers with cranberries. It’s a tough call but my favourite is the smoked Tongue Taster. There is something for every palette – it’s hard to believe that Nene View Dairy is only in its third year of cheese production. 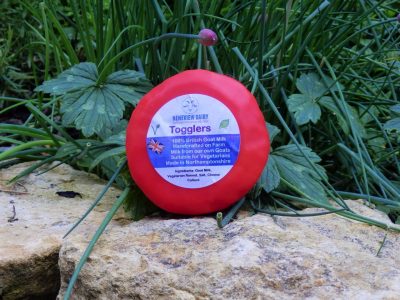 Many of the cheeses have names inspired by the boot and shoe industry that made Northamptonshire famous. This ties in with the philosophy of keeping production as local as possible: the animals eat feed from local companies, which allows the dairy to keep as small a carbon footprint as possible while also supporting local businesses.

Geoff and Christine are no strangers to awards. Skyver has won both ‘New Local Product of the Year’ in the Carlsberg Northamptonshire Food and Drink Awards (2015/16), and a silver medal at the 2016 Melton Mowbray Artisan Cheese Awards. And Redlands won a Great Taste Award in 2015.

The latest gong for which they have been nominated is ‘Best Artisan Cheese Producer’ in the Great British Cheese Awards alongside nine other producers.

If you want to get your hands on Nene View Dairy cheese, it is available at various shops including Beckworth Emporium and Farndon Fields Farm Shop. A full list of stockists can be found here…http://www.neneviewdairy.co.uk/local-stockists.html

Finally, a date worth popping in the diary is the Althorp Food & Drink Festival, September 24-25. Nene View Dairy will be there with its cheeses and I’ve also heard rumours from the goats that it will be unveiling some fantastic new branding too.

South Northants editor Lisa lives in Wootton with her husband and son.