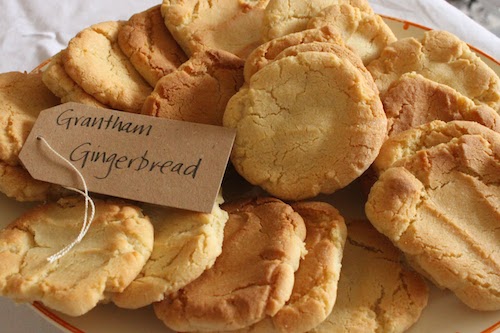 Grantham Gingerbread
A fantastic Lincolnshire business – Grantham Gingerbread – enjoyed some prime air time in January when it was featured in BBC2’s Great British Railway Journeys with Michael Portillo. Filming was completed in late 2014 and the show was broadcast on January 19. The show saw Michael help business owner Alastair Hawken make the legendary Grantham gingerbread. The biscuit was created by accident in the 1700s and the recipe has been passed down the generations until today; however mass production ceased in the 1990’s until 2011, when Alastair launched Grantham Gingerbread.

New Lincoln deli
There’s a new addition to the food scene in Lincoln, with the opening of Deli No. 6 on Clasketgate. Emma Depledge saw a gap in the market for artisan gourmet food and has sourced products locally, nationally and internationally, focusing on small producers who can offer something different. The deli has been open since November and has already established a loyal following. Next time you are in Lincoln I’d urge you to pop in to see what delights Emma can tempt you with.

Abbey Park expansion
Abbey Parks Farm Shop (East Heckington) and Mountain’s Boston Sausage (Boston & Borough Market, London) have joined forces to build a butchery on the Abbey Parks site. The foundations went down just before Christmas, with the butchery scheduled to be open by Easter. Abbey Parks is also using this opportunity to create a purpose-built ice cream making unit and parlour. Since launching its ice cream 18 months ago demand has grown significantly. Both the butchery and ice cream parlour will further enhance Abbey Parks and make it a must-visit spot on your journeys through Lincolnshire.

Welcome to Tito
Following on from the success of Lincoln’s Olé Olé tapas bar, the owners have opened Tito’s Grill & Restaurant (31 Union Road, Lincoln). The restaurant launched on January 5 and has already received some great reviews. I haven’t had a chance to sample the food but if the food is anything like the dishes I tasted in Ole Ole, I know I won’t be disappointed.