How to grow your own figs at home 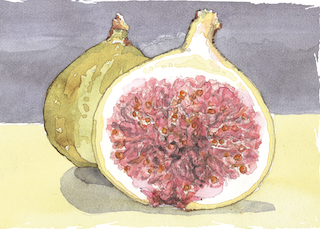 Figs (Ficus carica) have been cultivated for their fruit since time immemorial. Their popularity is still as strong as ever and with modern transport, the fresh fruit has become a familiar commodity alongside the traditional dried product.

Figs originated in the area around the Eastern Mediterranean and South West Asia but are now an important crop in many places around the world. Turkey is particularly well known for its dried figs but California and Brazil are also large commercial producers of fresh figs and fig products. 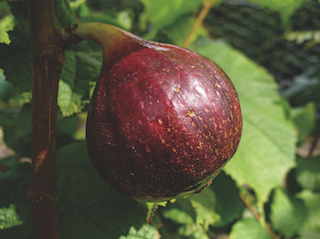 It’s thought the Romans probably introduced figs into Britain but the first definite record of them being planted here was by Cardinal Pole at Lambeth Palace in around 1552. By the nineteenth century they were very popular fruits for growing in Victorian greenhouses.

The plant forms a large deciduous bush or small tree and has beautiful large lobed leaves that give an exotic touch to the British garden. They fruit well if grown in an unheated greenhouse or against a warm, south-facing wall. Fruiting is encouraged by lining the planting hole with paving slabs to restrict root spread. Growing them in large pots also works well.

Although many different named selections of fig are known, some of these crop more reliably and heavily in the UK than others. Good fruiting selections are available at garden centres or may be ordered from specialist nurseries that may be found in the RHS ‘Plant Finder’ (just tap the words into Google). Names to look for include Brown Turkey, Violetta, White Marseilles, Brunswick and Desert King.

Figs are a particularly easy fruit to grow and are sometimes called the lazy man’s fruit. Apart from being slightly tender in the coldest of British winters, they are rarely troubled by pests and diseases, and tolerate neglect better than most fruit trees. 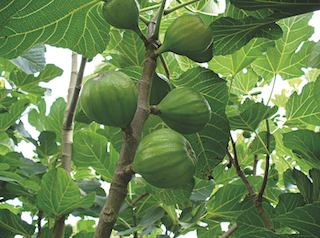 When perfectly ripe, the skin of the fruit begins to crack and the fruit droops down, indicating it should be picked immediately as birds and wasps find the sweet fruit as attractive as we do. Figs are delicious simply eaten fresh but they make decent jam too. They also make fine desserts… usually involving  cream and alcohol! 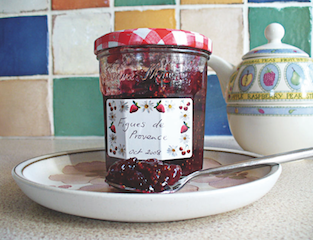 For a delicious savoury fig tart, top a puff pastry base (Jus-Rol from the supermarket is fine) with fresh figs (tinned at a push), slices of pancetta, drizzled olive oil and chunks of Long Clawson Blue Stilton. Brush the edges of the pastry with beaten egg. Bake for ten minutes on Gas 6 (200C), then add coriander leaves and 110ml of double cream. Bake for a further seven or eight minutes. Serve with a baby spinach and mint salad.
_________________________________

Clive Simms is an expert on growing fruit and nuts. He has written a series of guides to growing common and unusual fruits and nuts. They contain years of knowledge and cost £3.50. Buy at www.orchardhousebooks.com. Clive also holds talks and runs courses – www.clivesimms.com. 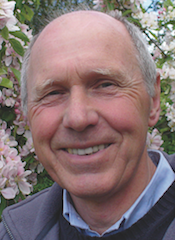