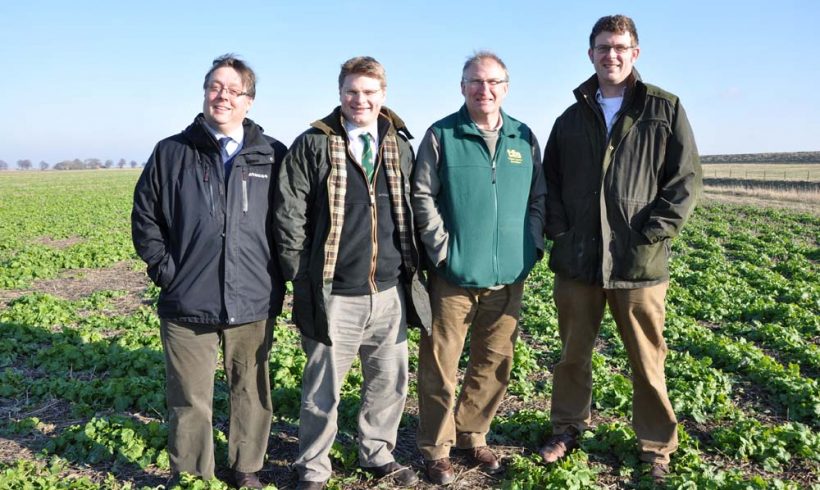 Five years ago, English mustard growing was on its knees.

For at least 200 years, the flatlands of south Lincolnshire and north Cambridgeshire have produced almost the entire English mustard crop. The seeds sown and grown here have been used by Colman’s since the legendary brand’s birth in 1814, and at every harvest since have been taken to Norwich, milled, put into yellow jars and sold, eventually being used to spice up Sunday roasts up and down the land. But this long tradition nearly died out in 2007 due to declining yields and the fallout from the 1995 sale of Colman’s to Unilever. 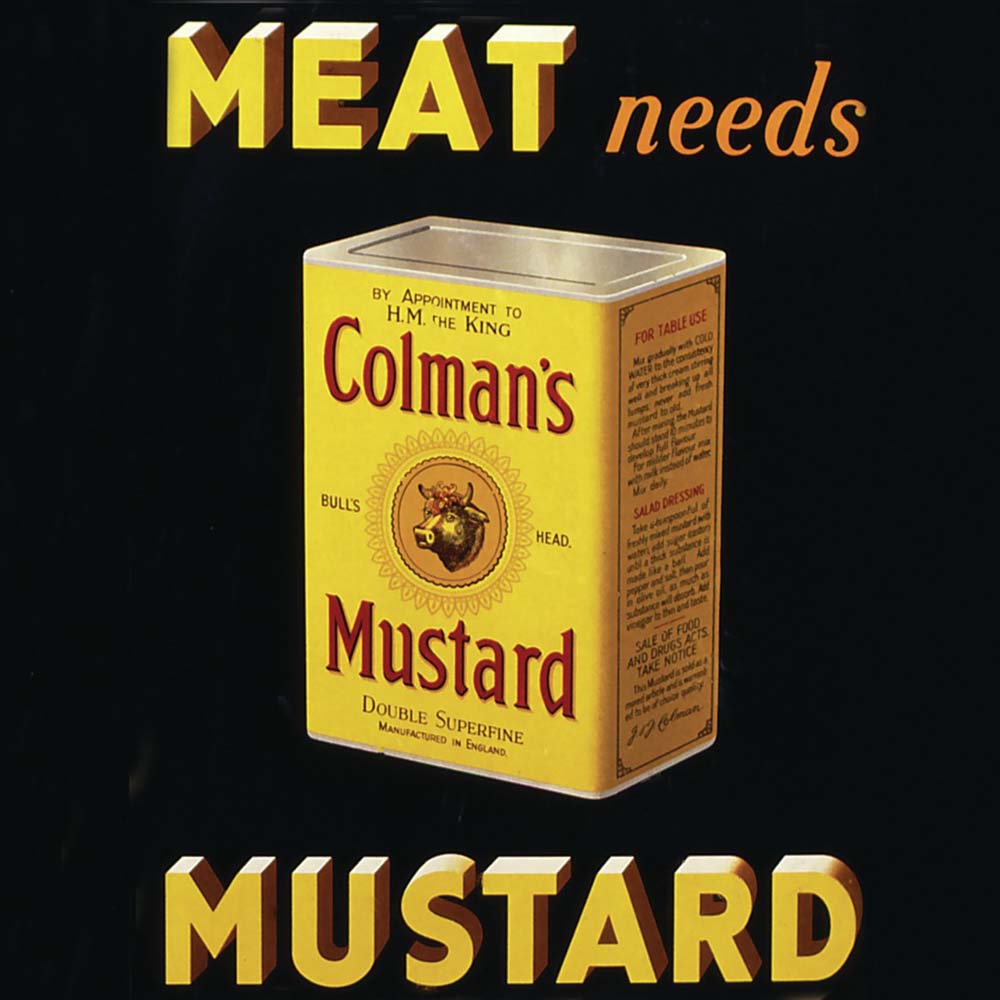 The fact that mustard growing on the Fens still takes place at all – and is now on the up again – is thanks to 11 farmers who decided to join forces to scrap for the crop’s survival. 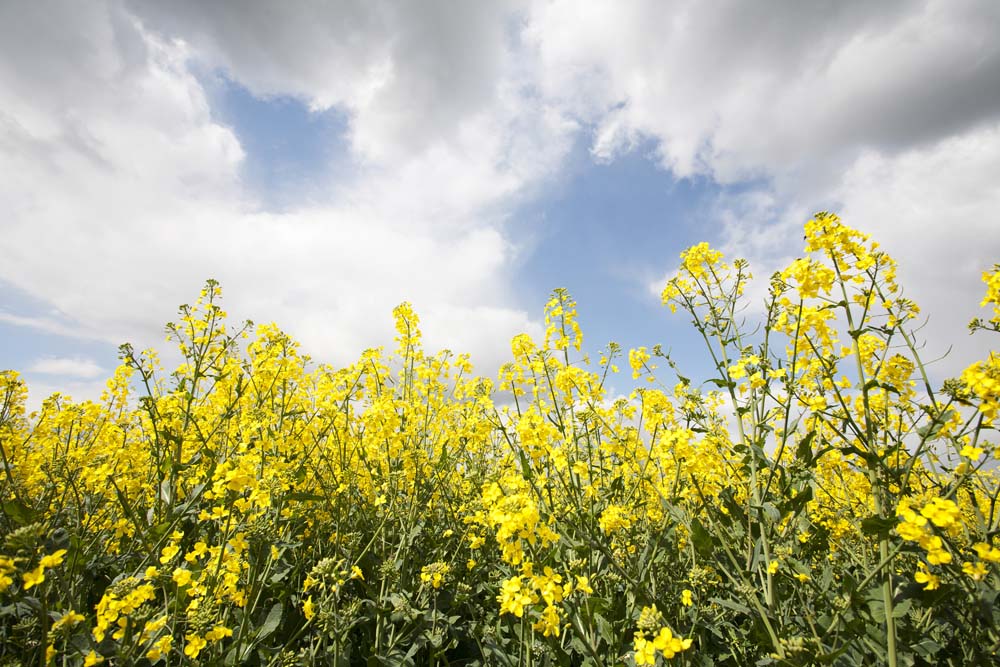 “In many cases, our families have been growing mustard here in the east of England for more than 120 years,” says Michael Sly, acting chairman of the Thorney-based English Mustard Growers Co-operative. “We all thought, hang on a minute, we can’t just give up without a fight. And it’s down to the sheer sentimentality and dogged determination of this growing co-operative that the Colman’s English mustard crop still exists.” 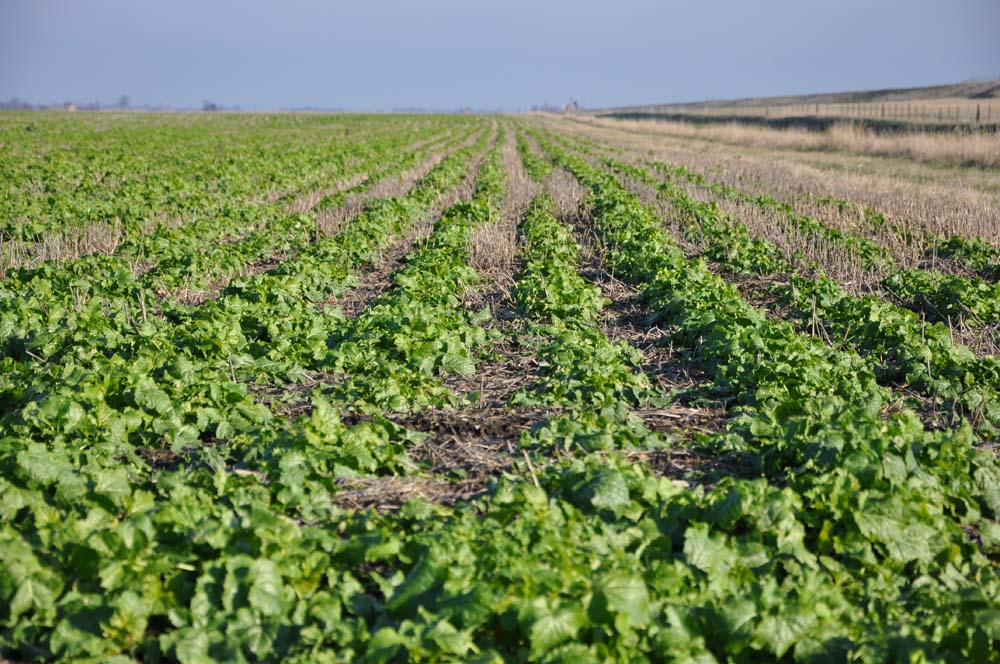 Mustard growing in the Fens

If they had stopped growing, Colman’s would have had to import all its mustard from abroad, and its famous English mustard would have been no more. Other small English mustard growers do exist – in Yorkshire and the Cotswolds – but nowhere near on the scale of the Colman’s suppliers. 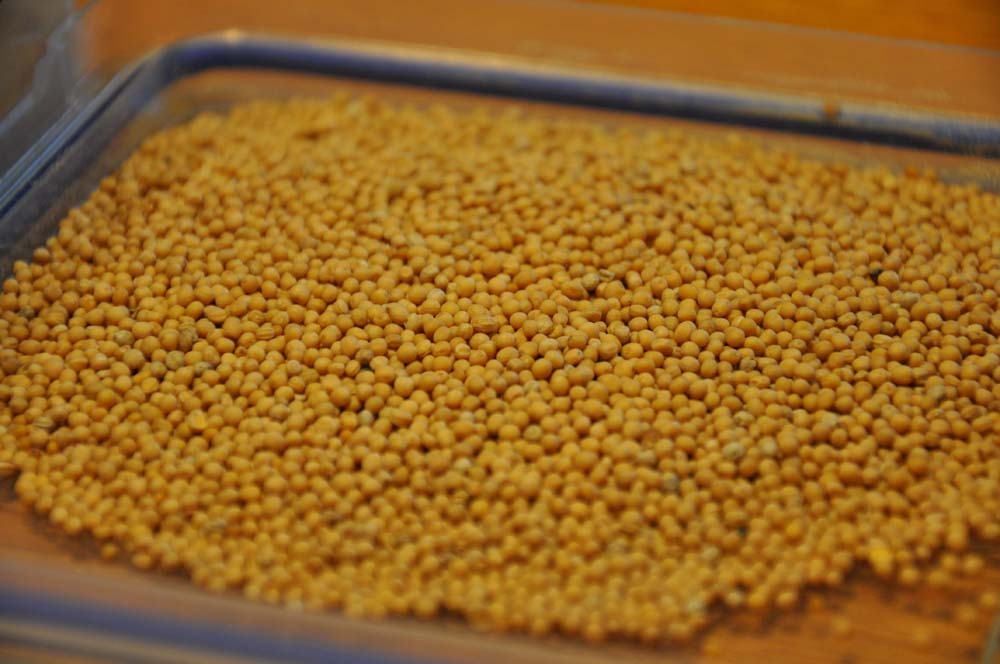 Before 2007, there was no mustard growing co-operative but several farmers supplying Colman’s individually. After a disastrous harvest that year combined with declining yields, some growers threw in the towel. A crisis meeting  was held. “We decided to form a growing co-operative of 11 farmers,” says Michael. “Our aims were to secure the English crop, boost the yield and improve the seed in time for Colman’s bicentennary in 2014.”

The group of farmers – now 14 strong and producing around 1300 tons of mustard a year on 1400 acres – is on track to achieve these goals. George Hoyles, whose family has been growing mustard in south Lincs since 1912, says: “Much more knowledge has been gained as a result of the group coming together. Before the co-operative was formed, the mustard growers did their own thing whether it was correct or not. Now everything is considerably more transparent and best practice is being shared.”

Greg Bliss’s family has also grown mustard here since 1912. “Since we came together to save the crop, Unilever has been supportive and surprised at how quickly we’ve moved forward,” he says. The growers now handle seed development rather than Colman’s, which makes sense.” 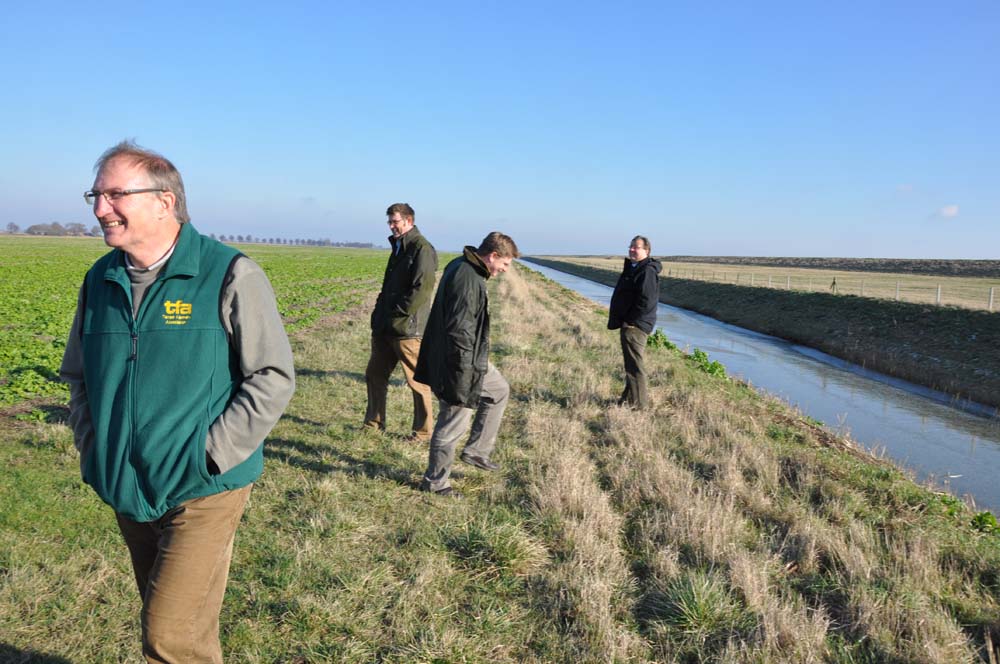 The co-operative is also trying new methods, such as growing brown mustard in winter for the first time. “Winter growing means you avoid wet springtime periods and pests,” says Greg. “One problem with spring mustard is that it flowers just as the oilseed rape finishes, so all the bugs jump from the rape to the mustard.”

Next on the agenda is a push to gain Protected Geographical Indication status for English mustard, in the same way as Melton Mowbray pork pies and Blue Stilton cheese. 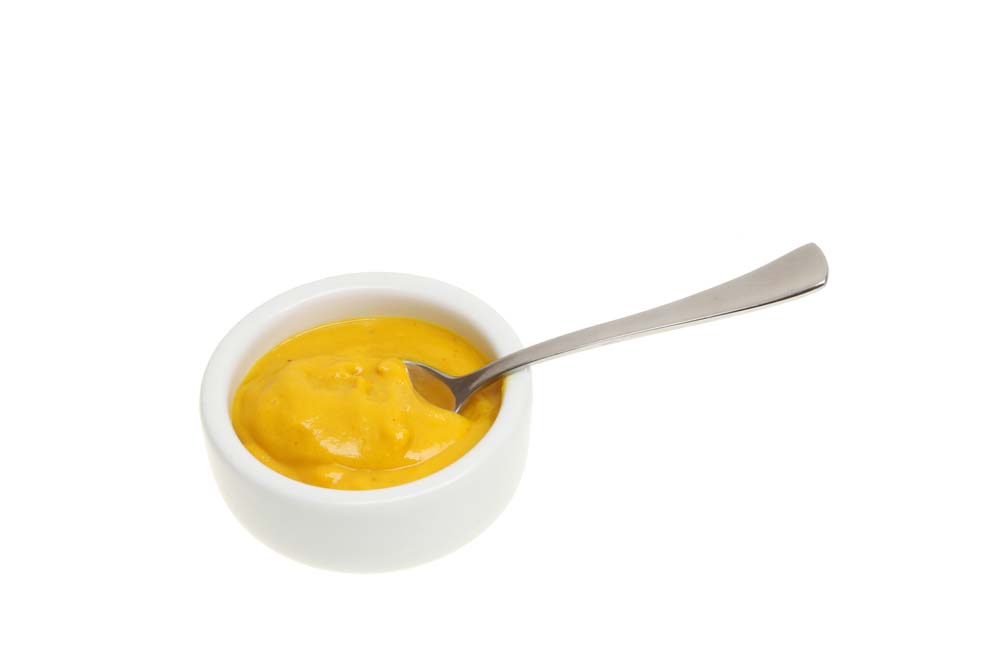 “We can see the potential of the Colman’s brand and the crop,” says Greg. “And it’s worth fighting for.”

Michael continues: “Financially we don’t own the Colman’s brand but morally and spiritually we feel like we are its real custodians. The Fens have always been a mustard producing area and we’re proud of that history.” 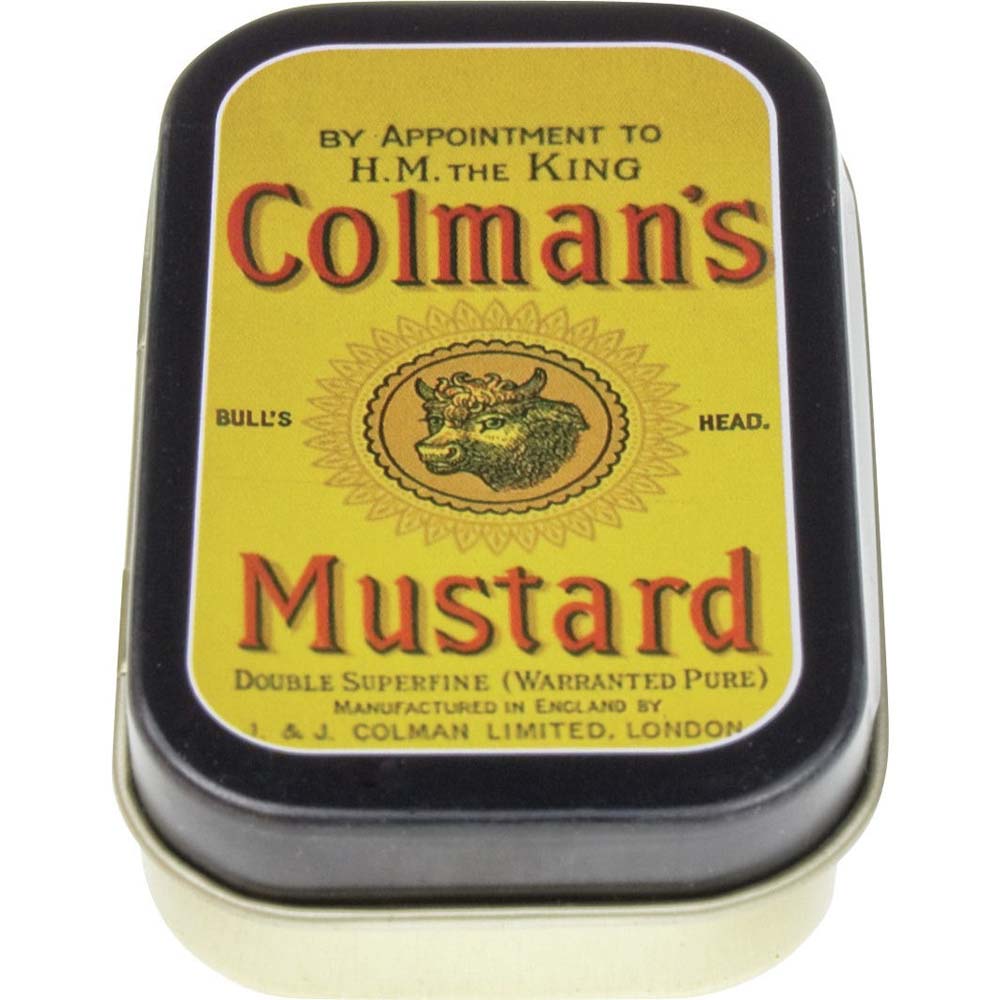 Michael ends with a story: “It’s said that Jeremiah Colman [founder of Colman’s] used to come to Wisbech to check the crop. The farmer would tip his mustard seeds into a bowl. Mr Colman – sitting at a table with a cut-out section to incorporate his impressive girth – would scoop the seeds round with his hand to check the quality. If he was happy he would seal the contract by giving you a cigar.”

With so much heritage at stake, it’s a good job the English Mustard Growing Co-operative have fought to keep the Colman’s crop. No doubt Jeremiah would give each of them a big cigar.

The Romans probably exported mustard seed to Britain. They are known to have mixed unfermented grape juice, known as ‘must’, with ground mustard seeds to make ‘mustum ardens’ (burning must) – hence ‘must ard’.

An early use of mustard as a condiment in England was in the form of mustard balls – coarse, ground mustard seeds combined with flour and cinnamon, moistened, rolled into balls, and dried.

Growing co-operative member George Hoyles has another nugget of mustard history: “When the Pilgrim Fathers set sail from Boston in 1623 to discover America, they were a religious lot and used to pray five or six times a day. They took mustard seed with them – as the bible says, it is the smallest, fastest growing seed there is. Whenever they prayed they threw down some seed so they could retrace their footsteps. These mustard trails can still be picked up by satellite today.”

Colman’s Mustard
One of our most iconic food brands, Colman’s Mustard was founded in 1814 when flour miller Jeremiah Colman took over a mustard making business near Norwich. Today, Colman’s is owned by multinational giant Unilever but its famous yellow packaging and bull’s head graphic has remained the same since 1855. It has always used mustard seed grown in the Fens. 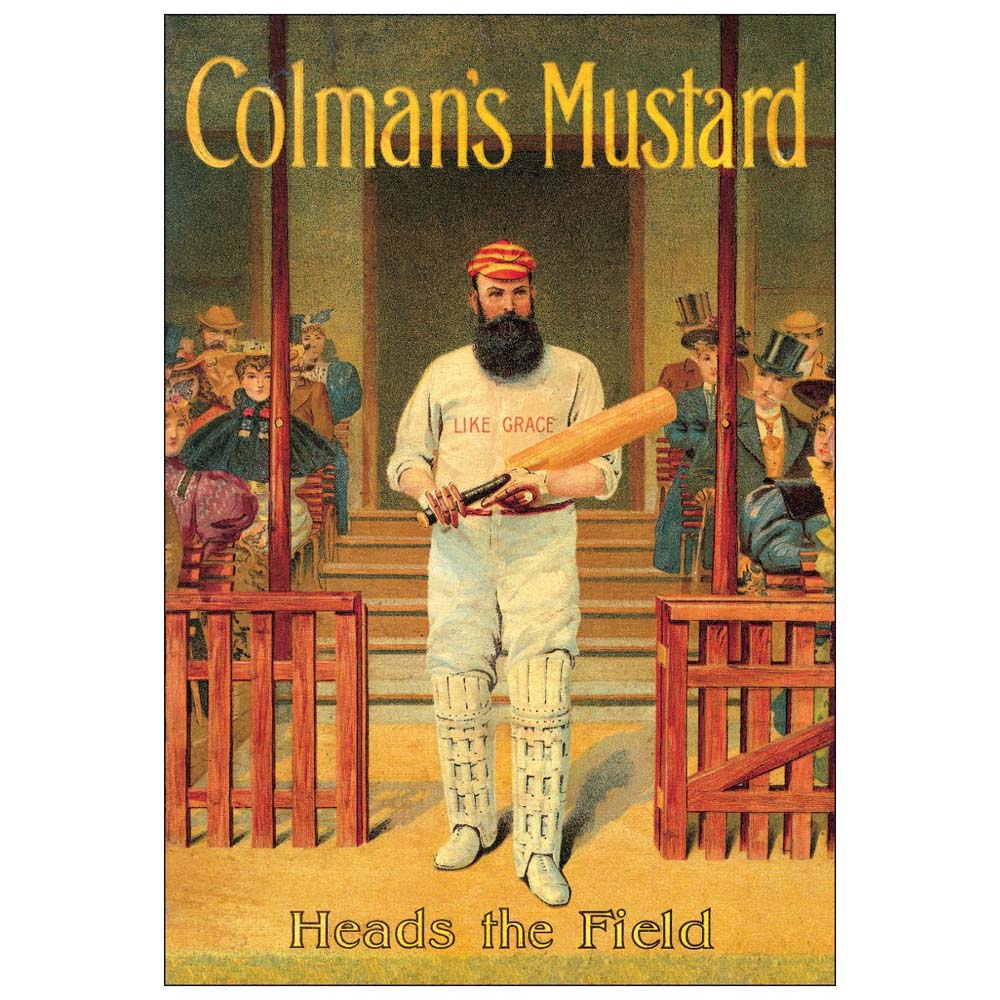