The boozer comes of age – as a deli-pub 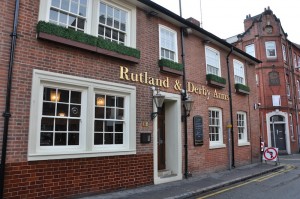 The Rutland and Derby on Millstone Lane in central Leicester was once a slightly scruffy student hang out. Then it became a rather flash continental bar. And now it’s born again – as the city’s first ever deli-pub.

So how come the 30 types of fancy lager and premium vodkas have been replaced by cask ales, three-year-old parmigiano and tubs of pesto? Part of it is location. Sited in the Cathedral quarter of St Martin’s, the pub is surrounded by brass-plaque offices and hungry professionals – just the sort who might appreciate a slab of high-quality cheese with a pint of Old Hooky or glass of pinot. 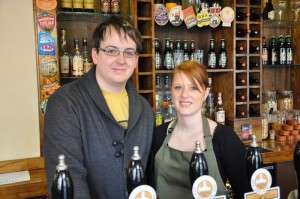 Sam Hagger, the implausibly youthful new owner, had first planned a restaurant for the site. As he got to understand the area better, he realised he’d be taking on two successful restaurants within 50 yards. But he did see lots of people walking into town at lunchtime to get their sarnies. When he then attended an industry seminar featuring a rural pub that saved itself by introducing a farm shop, the idea for the urban deli pub fell into place. 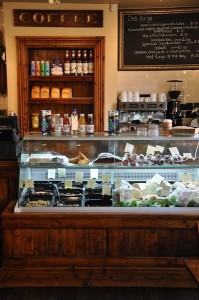 “My partner and I have always been fans of fine food and on our days off we’d go to delis and farm shops,” says Kirby Muxloe-born Sam, who had his first pub at the age of 21. “But in the city we’d struggle to find something special or different. So we thought let’s make that our point of difference.”

So gone is the Rutland & Derby’s shining chrome and back is a comfortable yet sophisticated pubby feel, with one end of the room given over to a cabinet laden with multi-coloured olives and  unusual cheeses that have been burned in hay, buried in caves or flecked with white truffles. There’s plenty of handsome charcuterie and antipasti, too. 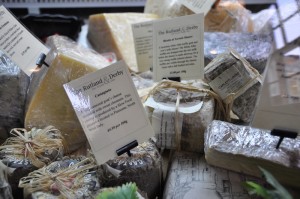 Inspired by a supplier with contacts to artisan producers linked to Italy’s Slow Food movement, the current offering is mainly Mediterranean. Nocellara del Belice olives mix with char-grilled artichoke hearts and salamis made with rare breed-pork and flavoured with pistachios. These can be bought to take home or enjoyed in the form of the pub’s deli board selections – such the Flipin board, using a whole Flipin Robiolino, a ripe and creamy goat’s cheese from Italy’s North West, served with crusty bread and pomegranate balsamic.

Some local products are present such as Henry Morris pork pies, bread from Leicester’s Brucciani’s craft bakery and locally made, daily delivered samosas. Also on offer is venison paté made by the chefs at Sam’s other pub, The Forge in Glenfield.

“For us it’s a voyage of discovery,” says Sam. “As we evolve we want to feature more local produce. We’ve done really well with the pub but we know we’ve got a long way to go.” 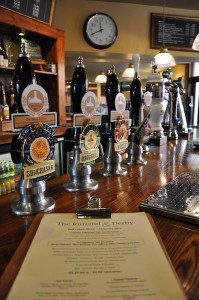 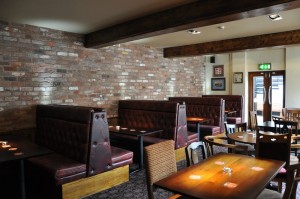 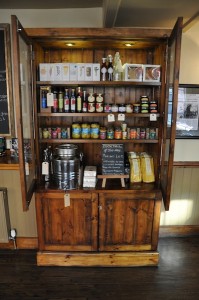