Langton Brewery: genius in a shed 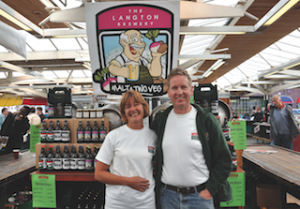 Touring Europe, particularly Italy, looking for inspiring wines made by interesting people has led me to visit many small producers. Most of these artisans make tiny volumes, usually from their own vines and more often than not in glorified sheds.

The romance of this is inescapable: the idea of horny-handed sons of the soil ploughing a furrow all of their own is inspirational. Men and women with a passion bordering on obsession, the brilliance of what they produce in stark contrast to the primitive surroundings in which they operate. 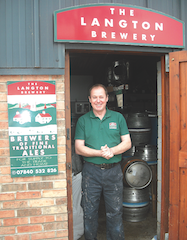 Increasingly it is evident that the Continent is not unique in this respect, and it was again brought home to me on visiting Langton Brewery in Thorpe Langton near Market Harborough. Here two men work to create the very best beer they can in half a barn, on a farm, with brewery equipment welded, hammered and scrounged together. Obviously passionate and probably obsessed, their working environment belies the good beer they produce. David Dyson (pictured above) and Alistair Chapman (pictured top) have been on this mission now for more than 10 years, moving out of The Bell at East Langton some five years ago. 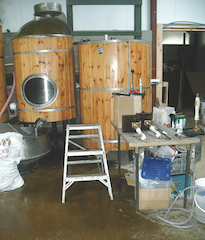 The brewery has “grown organically, and that’s just fine by us”, according to David. While not quite completely having given up the day jobs, the brewery is effectively a full-time occupation, and it is possible to turn up and buy some beer, though you do have to call first.  All beers are bottle-conditioned on their yeasts, so care should be taken when pouring unless you want a slightly cloudy pint. 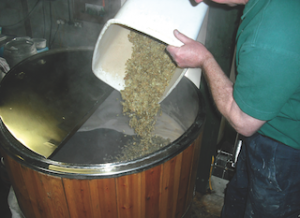 The brewing process
Says David: “The malted barley is mixed with treated, heated water (‘liquor’) to create a ‘mash’. After 75 minutes standing in the mash tun, the sugary liquid (‘wort’) is run off and pumped into the ‘copper’. At the same time, the mash is rinsed (‘sparged’) with more hot liquor and when the copper is full it is brought to boiling point. The wort is boiled for 60 minutes during which time hops are added. We use a variety of hops including Fuggle and Bramling Cross.

“The wort is rested before being cooled and then pumped into a fermenting vessel.

“When all the wort has been pumped into the fermenting vessel we add yeast. Over the next few days this will convert the sugars in the wort into alcohol. Once the desired specific gravity has been reached, the brew is chilled to halt the fermentation process. After a few days the beer is then racked into casks.” 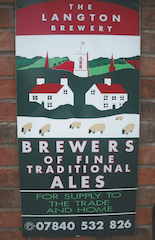 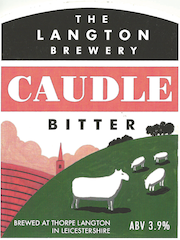