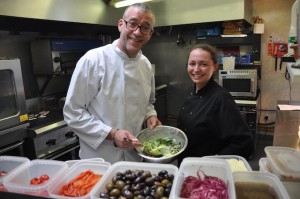 The Marquess of Exeter of Lyddington in Rutland last night won a Stamford Mercury food award.

The pub/hotel/restaurant is run by chef/patron Brian Baker (pictured), who a few years ago was the youngest ever chef to win a Michelin star.

More on Brian here and in the July issue of Great Food magazine (out July 6). 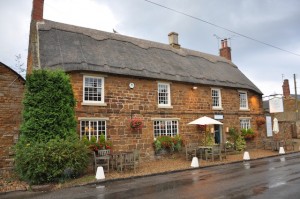 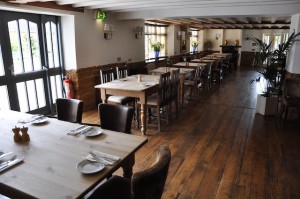 Dining room at the Marquess

Last night also saw the opening of Thai restaurant in Stamford. Called Mai Thai and situated on Cheyne Lane in the centre of town, it is run by Tukata Bird of Tuk Tuk Foods. 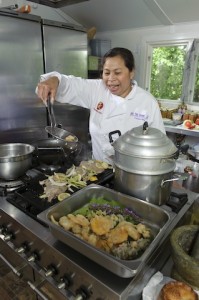 Tukata has teamed up with local entrepreneur Mark Lapsley.

“I want Mai Thai to be a family restaurant, somewhere where everyone can taste new flavours, new foods made from local ingredients,” said Tukata, who originally comes from Thailand but moved to Stamford.

“You’ll be able to buy my sauces and dips, and other local foods – I want it to be somewhere you can experience food from the other side of the world but know that what you are eating was locally grown and locally made.”