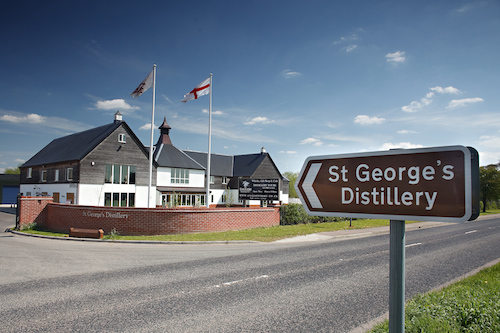 Blimey. The UK’s best whisky according to Jim Murray’s renowned Whisky Bible (2015 edition) comes not from Scotland but – brace yourself friends from north of the border – East Anglia. It is produced by The English Whisky Company of Roundham, Norfolk.

So where to begin? With English Whisky Co’s triumph or Scotland’s slipping crown? Let’s start with the Norfolk distiller. Andrew Nelstrop set up St George’s Distillery in 2005 with the aim of creating an English single malt to rival Scotland’s best. “Norfolk has fantastic water in the Breckland aquifer, fine barley, maltings, and yeast, so why not?” he says. Nine years later Andrew’s limited edition Chapter 14 – a classic single malt matured in ex-bourbon casks – has been named not only the best in the UK, but best in Europe. Fourteen of English Whisky Co’s other creations received scores of 94/100 or higher, thereby winning Liquid Gold awards. 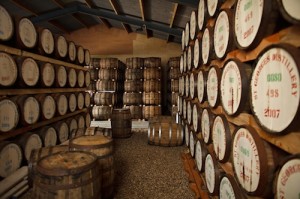 Andrew said: “Jim Murray is one of the world’s leading whisky critics, so to be singled out in the 2015 Whisky Bible as the maker of Europe’s best whisky is an incredible honour and testament to the great work our distillers do. When we set out on the road to becoming England’s first whisky distillery we knew we had to concentrate on quality above all else; we have stuck to this rigidly and it seems to have paid off.”

So, what of Scotland’s whisky makers? Well, all is not rosy, according to Jim Murray. He says there is still a hardcore of “astonishing” Scotches – but warns that some ‘old world’ distilleries are now beginning to churn out drab drams and mediocre malts.

After tasting more than 1,000 new samples for the 2015 edition of the Whisky Bible, he laments: “Where were the complex whiskies in the prime of their lives? Where were the blends with bewildering layers of depth? It is time for a little dose of humility… to get back to basics. To realise that something is missing.”

Over to you, Scotland…