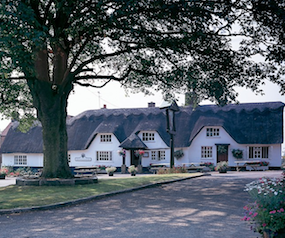 Three new Bib Gourmands have been awarded to Midlands pubs and restaurants by the Michelin Guide 2013.

Bib Gourmands are awarded for “good food at moderate prices” and the new recipients are The Pheasant at Keyston (pictured left, which recently became a member of Great Food Club), Iberico World Tapas in Nottingham and The Chequers at Gedney Dyke, near Spalding.

Elsewhere, Sat Bains retained his two-star status for his Nottingham restaurant and single stars were held by Hambleton Hall in Rutland and Fischer’s at Baslow Hall in Derbyshire (the latter two are both Great Food Club restaurants). 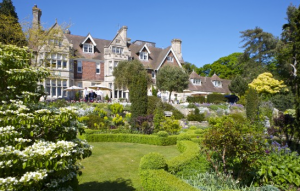 These three venues also scored listings in the Good Food Guide’s list of  the top 50 British restaurants, with Sat Bains coming in at number 3, Fischer’s at 30 and Hambleton Hall at 31.

The Birmingham trio of Purnell’s, Turner’s and Simpson’s also retained their Michelin stars, as did the Dining Room at Mallory Court, Leamington Spa, but the Olive Branch in Clipsham (also part of Great Food Club) lost its star after 10 years, having been one of the earliest pub/restaurants to gain a star and named Pub of the Year in 2008.

Co-owner Ben Jones said: “Having a Michelin star for 10 years was a great achievement and we will continue to do what we love to the best of our ability.” 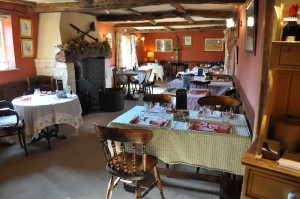 Inside the Red Lion at Stathern

The Olive Branch’s sister pub The Red Lion at Stathern retained its Bib Gourmand, along with the Red Lion at East Haddon (both Great Food Club members), plus the Berkeley Arms at Wymondham, Jim’s Yard in Stamford, and the Joiner’s Arms in Bruntingthorpe.

There was better news for the Olive Branch in the 2013 Good Pub Guide, in which it was named Leicestershire and Rutland Dining Pub of the Year for the tenth time in eleven years, and sixth best pub in the UK.