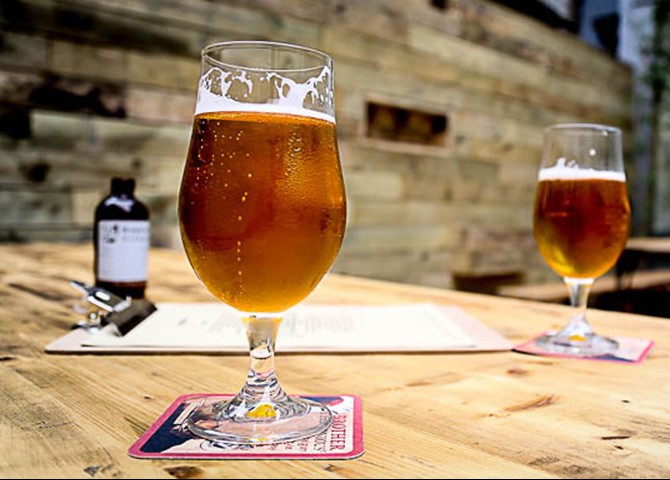 Local study on how craft brewers are regenerating pub industry

Researchers have embarked on a new study to investigate beer consumption and production in Nottingham.

The Nottingham Trent University project aims to better understand how small-scale local brewers appear to be leading the way in the fight to beat the decline in the pub industry.

In recent years, a number of small local beer producers have emerged in Nottingham, while in and around the city an array of new drinking establishments specialising in high-end craft beer have set up business.

At the same time, the pub industry has experienced significant upheaval – both in Nottingham and across the UK – with record numbers of pub closures. Previous research has found that the UK has lost 21,000 pubs since 1980, with half of these closures taking place since 2006.

The research team – based in the university’s School of Animal, Rural and Environmental Sciences – want to examine how local brewers and local pub operators are utilising new beer varieties and new business models to help regenerate Nottingham’s pub scene and local economy.

They will investigate how small-scale local brewers in Nottingham run their local and regional distribution networks and successfully market their product despite competition from national and global competitors.

They will look at the scale and scope of craft beer consumption in Nottingham, in the city’s new craft beer pubs, and aim to identify the characteristics and preferences of local craft beer consumers. The team also wants to examine where the pubs are located – and why – and how customers are picking them.

The five month study will involve carrying out interviews with pub managers and owners, local brewers, and representatives from the Campaign for Real Ale (CAMRA). There will also be a survey questionnaire targeted at pub visitors and beer drinkers.

Data will also be gathered and analysed using state-of-the art mapping software, showing exactly where customers are travelling to and from.

“The idea is to identify the factors that drive development in Nottingham with regards to craft beer consumption, local beer production and to understand its ramifications for the local pub economy,” said Dr Jan Semmelroggen, a geography lecturer at Nottingham Trent University.

He said: “As well as looking for ideas which can help to regenerate the dwindling local pub industry, the project is also linked with important neighbourhood regeneration.”

Nottingham Trent University researcher Dr Marcello Di Bonito added: “Our analysis and findings will illustrate the ‘geography’ of this vital industry and cultural stream. The use of maps and cartograms will help interpret complex and fascinating new trends with regards to beer consumption in the region.”