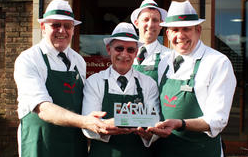 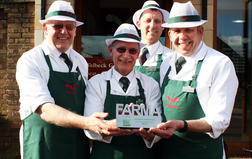 The winners were announced on February 12, 2013 at the Majestic Hotel in Harrogate and the awards presented by FARMA patron, Hugh Fearnley-Whittingstall. The FARMA – which stands for National Farmers’ Retail & Markets Association – awards recognise excellence across the farm retail sector.

Welbeck Farm Shop was shortlisted from over 300 entries for the Best On-Farm Butchery award and was also a finalist in the Own & Local category. Entries are judged by a panel of industry peers and retail experts including assessments from independent mystery shoppers.