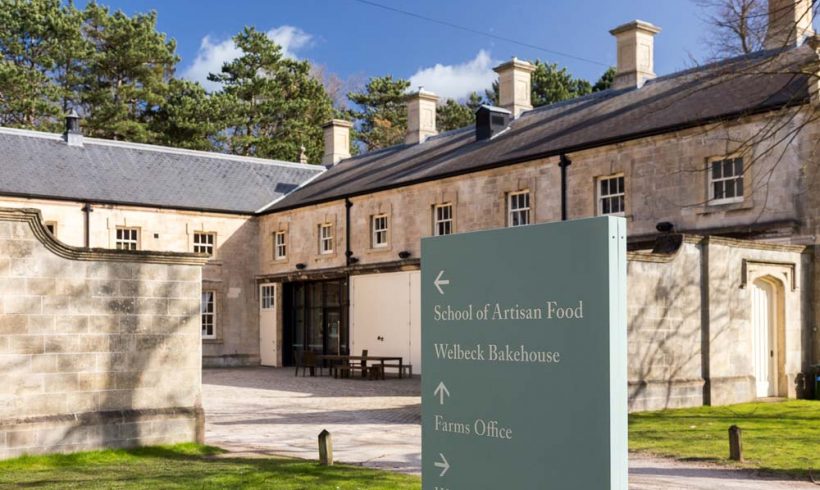 The School of Artisan Food

The School of Artisan Food at Welbeck near Worksop in Nottinghamshire was named Best British Cookery School in the inaugural national Food & Drink Awards, which aired on ITV on February 9. The award coincides with the School’s 10th anniversary year.

Alison Swan Parente, founder, collected the award from Stephen Fry during the glittering ceremony. The awards, organised in association with Staysure and thefoodawards.com, were curated by an expert committee with a passion for fantastic British food.

“We are thrilled to receive this award,” said Alison. “It is an honour and we are proud to have been recognised. The School of Artisan Food is a not-for-profit organisation that focuses on sustainability, bio-diversity and simple, healthy food. We pride ourselves on our many training courses for people of all skill levels.”

As part of a vibrant food community on the Welbeck Estate, the School often works in collaboration with its neighbours. They each share a passion for upholding artisan traditions and celebrate the heritage of their craft through the careful sourcing of ingredients.

Welbeck is home to Welbeck Bakehouse, Stichelton Dairy (which makes cheese made with milk from the Estate’s dairy herd), Welbeck Dairy (raw milk), and Welbeck Abbey Brewery. Their produce is available at Welbeck Farm Shop and features on menus at The Harley Café.

Great Food Club members can get 10% off all courses at The School of Artisan Food (not including its diploma) with the code GFCJKEFP10 when booking online.