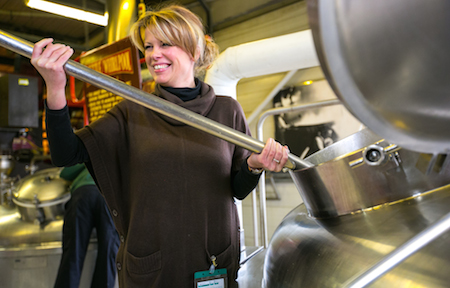 Brothers Luke (29) and Walt Dickinson (32), founders of Wicked Weed Brewing, worked with the Everards team to brew 450 barrels (around 130,000 pints) of a 4.7% amber beer called Sir Ryan the Pounder, which were sold at JD Wetherspoon pubs earlier this spring. And Hildegard – accompanied by her husband Bas and Belgian brewing legend Willem van Herreweghen – came to Leicestershire to guest-brew a 6% blonde beer called Solange, meaning ‘angel of the sun’, which will be available in JD Wetherspoon pubs soon. 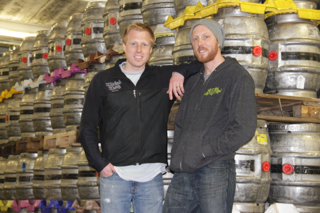 Everards has become a regular stop-off for international brewers invited to the UK to brew beers for JD Wetherspoon’s frequent globally-focused beer festivals. Previous visitors include Will Meyers of Massachusetts’ Cambridge Brewing Company and Peter Bouckaert from The New Belgium Brewing Company, Colorado.

“Through JD Wetherspoon’s projects we’ve been introduced to new ingredients, beer styles and brewers,” said Nick Arthur, head of brewing and sales operations at Everards. “We were delighted to welcome both Wicked Weed and Hildegard, and also to welcome back Willem [ex-production manager for Belgium’s Palm Breweries]. We really enjoy hosting visiting international brewers – they bring fresh ideas, new challenges and also much needed volumes to our brewery.”

Hildegard,one of a growing but small number of female Belgian brewers best known for creating the Belgian beer brand Urthel back in 2000, said: “Solange is a summer beer but it’s 6% ABV, so by English standards it’s pretty high in alcohol but for us Belgians, it’s a session beer! It’s a blonde beer with a little bit of wheat in it, but it’s also well bittered with European hops: Magnum for bitterness and Saaz – queen of the hops – for aroma. It goes very well with spicy food but at home I like to serve it with gravadlax – salmon cured with salt and sugar.” 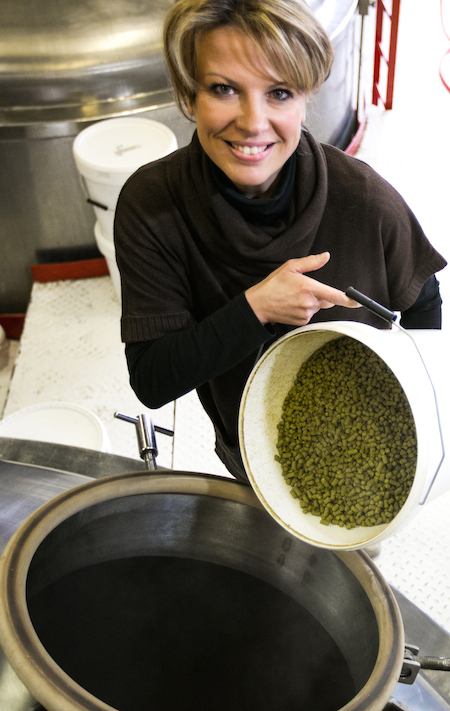