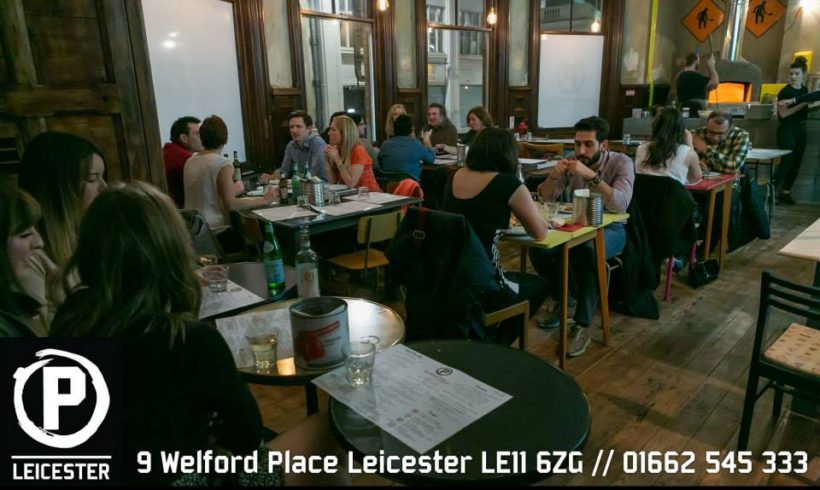 A great cliché of restaurant PR is to talk about “the most eagerly-anticipated opening of the year”. Bit of a London thing really, as we don’t often have openings to eagerly anticipate in Leicestershire. However there has definitely been something of a buzz around the opening of Peter And That’s Enough Pizzeria.

That’s partly because plenty of Leicester folk have made their way to Loughborough to enjoy the wonderful sourdough, Neapolitan-style pizzas at the original Ashby Square site (a GFC favourite). Those that haven’t may have been intrigued by Peter’s canny social media presence – so hip, I’ve even detected background grumbling about hipsters. And the buzz is also because they’ve sited the new Peter restaurant in the previously empty Welford Place, an iconic Grade II-listed building that was once a gentlemen’s club (before that term had sleazy connotations) and which is still fondly remembered by many for hosting Sarah and Lino Poli’s effortlessly classy restaurant and cafe in the 1990s.

Peter Pizzeria’s sourdough is fermented for 20 hours and then cooked in just 90 seconds in an ultra-hot oven, coming out thin, crusty and slightly charred. Gluten-free bases are available and Peter is working with a range of small-scale independent producers from both in Italy and Leicestershire – they’ve worked with Elmesthorpe’s Woodhouse Farm to develop an Italian sausage and the ice-cream comes from Wigston firm Rossa (another GFC favourite). If you fancy breakfast, that’s available too with the likes of Nutella croissants, porridge and truffled scrambled eggs.

Peter may have a job convincing those who think a pizza should come in a thick cardboard box and have 12 toppings of which three should be types of meat product, but for those ready to see how southern Italians do it, this is a great boost for Leicester.