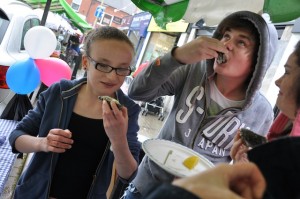 The rain came on the big day, but indomitable British spirit won the day and it appeared to be a big success. I’m talking, of course, about the Stoneygate Food Festival.

Allandale Rd/Francis St has hosted the odd itinerant French or Italian market but this was something different. An attempt to get local producers and restaurants to highlight their produce. Fishmongers Nigel and Zoe Brady took the lead in setting it up, keen to reinforce the foodie credentials of these streets, and worked hard to bring as wide a range of producers as possible. There were maybe a few holes in the offering but as a first stab this was a really good event that deserved better than pouring rain. But as I suggested, it didn’t ruin it. 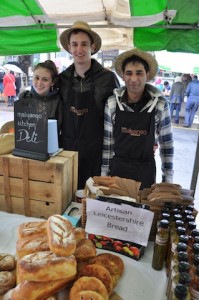 You could have enjoyed really good street food from local restaurants Marchee Wok (the only Chinese takeaway I ever recommend), and city restaurants such as the Goan Anjuna and Maiyango, who had beautiful breads and patisserie. Maiyango head chef Phillip Sharp was also there cooking to order and I had a fantastic dish of scallops with samphire, pickled fennel and micro greens – a glorious combination and sweet, salty and sharp. The Bradys sold out quickly of a huge paella dish and appeared to be doing a roaring trade in champagne too. 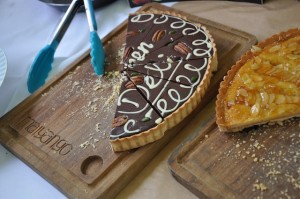 It wasn’t a day for hanging round too long but there were queues  at a number of stalls, I could see several stalls selling out and there was a general good feeling of everyone being up for good food. I would have liked to have seen more bread (I know you tried, Nigel), maybe some cheeses, and a few new discoveries would have been good but I definitely had the feeling this was the first draft of a really good idea. Hope it happens again and I hope more businesses support it. 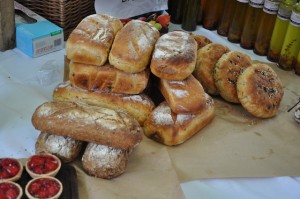 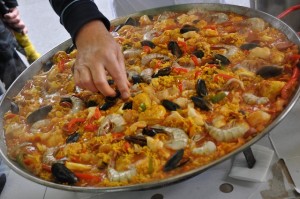 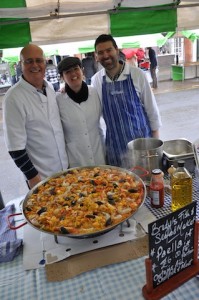 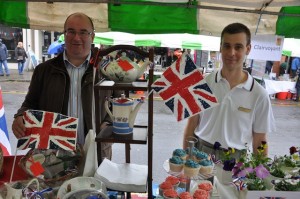 Lockwoods Team Room got the flags out 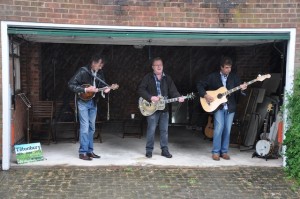 Rain? Who cares? We’ve got a garage and some guitars 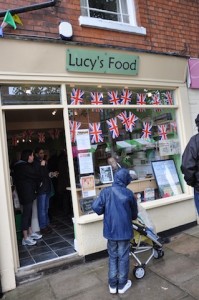 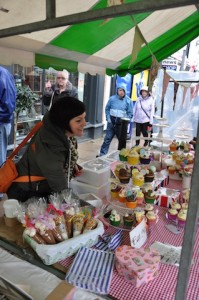