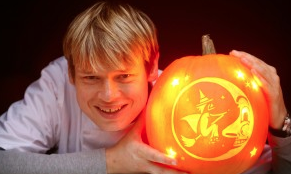 Artists young and old can put their creativity to the test this Halloween, as Hart’s Hotel and Restaurant in Nottingham launches its Prize for Pumpkin Art 2012.

Hart’s is encouraging sculptors of all ages to get out their carving knifes and come up with their most imaginative designs for the competition, which will be held on Sunday October 28.

The annual event sees dozens of families and individuals from across the city getting into the competitive spirit and pitting their artistic talents against each other.

Thought-provoking conceptual pumpkins, movie scenes, scary faces and even a few famous ones have all been captured in vegetable form in previous years  and it is hoped that this year’s event will prove as popular as ever. 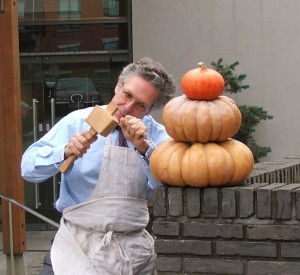 To help you create that winning design, Thomas Buhse, Hart’s Restaurant’s pastry chef and pumpkin king has put together his top tips:

1.    Choose your pumpkin carefully. Do you need one with a flattish front for your design or would some lumps and bumps add character?

2.    Draw your design onto your pumpkin before you start to carve. Rub it out and redraw until you are completely satisfied and only then take up your knife.

3.    If you are hollowing out your pumpkin, vary the thickness of the sides to alter the amount of light that shines through. In some places shave off the skin to give a two-tone effect and add depth.

4.    Get creative with crafty bits from around the house. Use stick-on diamante for added bling or get out your paintbrush and add some colour – also a great way for children to get involved without using a knife.

5.    Think outside the box. The traditional face can be fun but a new twist on an old idea will really make people smile.

The Pumpkin Art exhibition starts at 5pm on Sunday October 28, in the Park Bar Courtyard at Hart’s Hotel. Pumpkins must be delivered to Hart’s before midday and judging will take place at 5.45pm. Pumpkin soup and mulled wine will be available for all entrants, with alternatives for the younger members of the family.