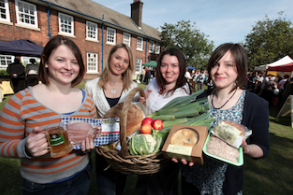 Midlands markets up for BBC Awards

The East Midlands has bagged two out of the three shortlist places in the Best Market category in the prestigious BBC Food and Farming Awards.

Sutton Bonington farmers’ market, set up by students at the University of Nottingham campus near Loughborough, has grown from 11 to 35 stalls and provides rare-breed meats and fresh fruit and vegetables to staff, students and local villagers.

“It came from an idea in a pub,” co-founder Emily Boothroyd told Radio 4’s The Food Programme. “There was nowhere for us to go to get local food – if you didn’t have a car you were stuck. We’re in the countryside, it just seemed proper to have a market. It’s gone from strength to strength and we’re just so proud to have out little market recognised.”

Also shortlisted is the more established twice-weekly Melton Mowbray market at the cattle market site. Judges were impressed by the braces of pheasants, the rabbits, hares and wild boar and the auction of produce such as boxes of locally-foraged mushrooms.

The third shortlisted farmers’ market in the awards is one held in Edinburgh. 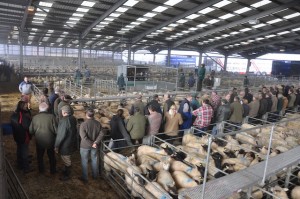 Both markets are due visits from judges including chef Valentine Warner during October  in advance of the award ceremony to be held in late November.