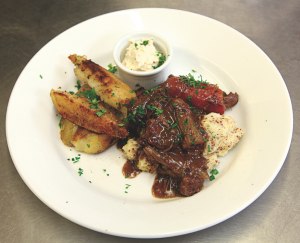 Leicestershire independent brewer Everards launched their Tiger Hero Recipe contest in February. Entrants were asked to come up with their most creative use of Tiger Best Bitter – prizes include a £250 high street gift card and a month’s supply of Tiger.

One entrant is Tiger fan (in every sense) Tracey Hunt, mother-in-law of Leicester Tigers player Jordan Crane, who is hoping her Fillet of Beef with Tiger Beef sauce will prove a success.

She will be hoping to go one better than her husband Paul, who finished runner-up in the last Tiger Hero Recipe event. His Tiger Red Beef with Mushrooms and Red Leicester Scones was just pipped to the post by the Tiger Cheeks recipe (pictured above) submitted by winner Neil Morton from Bakewell in Derbyshire. 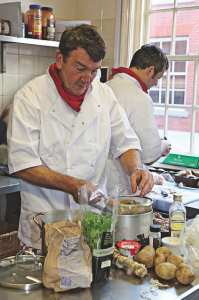 Entries also include Tiger Faggots put forward by Richard Howells of Burbage and an Everards Tiger Tea Loaf submitted by Desford resident Sue Robinson. Her inspiration comes from an old family recipe used by her mother.

Erika Hardy, Everards marketing manager, said: “We are delighted to have received such a wide variety of entries from so many regions. As well as Leicestershire, we have received entries from Nottinghamshire, Warwickshire and Derbyshire.” 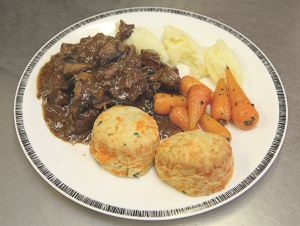 “Now people have the chance to vote for their favourite recipe and the opportunity for one of our entrants to claim the crown of top Tiger Hero Recipe chef at the cook-off final event.”

With the competition closed for entries, you can vote for your favourite creations here: www.everards.co.uk/herorecipe.

The best ten entries will go forward into a specially produced Tiger Hero Recipe booklet (to be given away with the next issue of Great Food Magazine) and the top three entries – voted by the public – will proceed to the cook-off final. 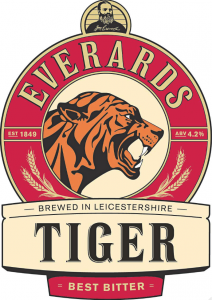