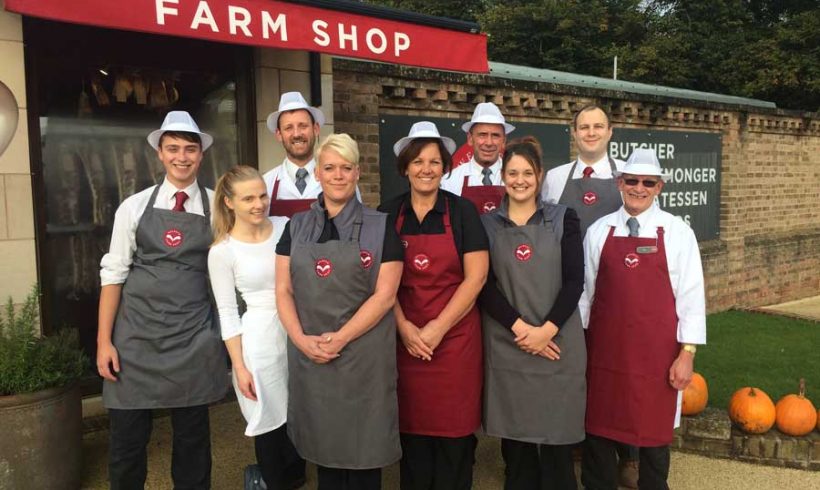 Welbeck Farm Shop in Nottinghamshire has won its biggest award to date after taking one of the top honours in this year’s Farm Shop & Deli Awards.

Announced at the Farm Shop & Deli Show at Birmingham’s NEC on Monday April 16, Welbeck won the ‘Small Farm Shop of the Year’ award against strong competition from around the country. The award was made on the basis of a public vote followed by judging from an independent panel of food industry experts.

The awards recognise the highest standards in the UK independent retail market and focus on service, product knowledge, initiative and innovation.

Based on the Welbeck Estate between Nottingham and Sheffield, the store’s commitment to low food miles, artisan food tradition, rigorous taste testing, and waste reduction has earned it a reputation as one of the country’s top farm shops with other awards including the FARMA Farm Butcher of the Year 2013 and 2015.

“This award is a tribute to our team,” said Oliver Stubbins, Welbeck Farm Shop manager. “Everybody here is passionate about what we do – from sourcing the best produce to providing the best customer service. We believe in good food at a fair price.”

Welbeck Farm Shop sits at the heart of a vibrant artisan food community. Most of the shop’s product range is sourced from or prepared on the historic Welbeck Estate. Open seven days a week, it stocks the estate’s own meat, game and raw milk (also used to make ‘Stichelton’ blue cheese), ale from Welbeck Abbey Brewery, bread and patisserie from Welbeck Bakehouse and chocolate from Welbeck Farm Shop’s resident chocolatier Shelly Preston.