Who beat all the pies? Morecambe FC 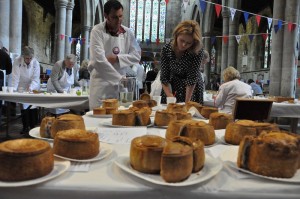 “Who ate all the pies?” is a favourite chant at football grounds up and down the country. Now Morecambe FC fans can happily holler, “Who beat all the pies?” 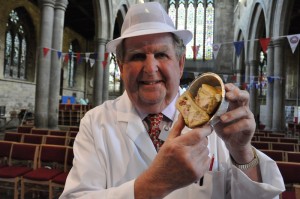 Chairman of judges Hugh Weeks with the Champ

Morecambe FC’s pie was considered the best of the 619 entered and won the club £1000. Jokes about Morecambe FC now being able to afford another striker were possibly somewhat uncharitable, while the idea of adding a chicken pie to Eric Morecambe’s statue on the seafront raised a few smiles. 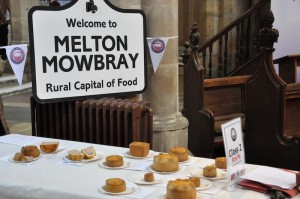 Graham Aimson from Morecambe Football Club said: “I have been a chef for 15 years and I pride myself on my pies, however receiving this recognition by some of the country’s best food experts is an absolute honour. I know these Awards are entered by the best bakers in the country, there was stiff competition so I am very proud of this achievement.” 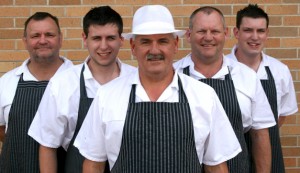 Strangest entry was probably an eel and chocolate pie that some pioneering/comedic spirit thought could do the business. It didn’t, but was a talking point. 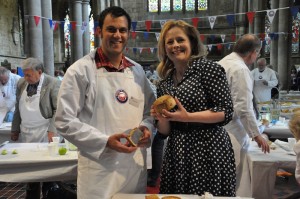 The 60 judges on the day included respected food writers Tamasin Day-Lewis, Charles Campion and Xanthe Clay, plus a range of local foodies. 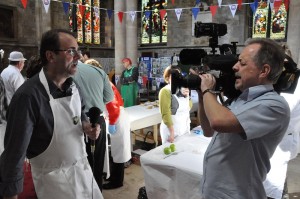 Congratulations should go to organisers the Melton Mowbray Pork Pie Association, who worked tirelessly yet again to put on another successful event. 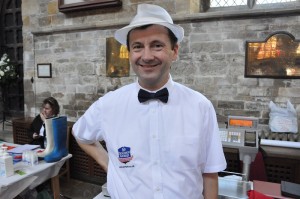 Chairman of the Melton Mowbray Pork Pie Association, Matthew O’Callaghan, said: “We are thrilled with the standard of pies. Almost two third of entrants were classed as Small Producers and we are delighted that they, as well as the bigger names in the industry, recognise the value of this event. We hope this helps to encourage consumers to continue enjoying the tradition of British Pies and authentic regional produce.” 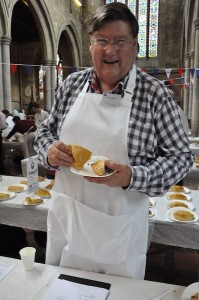 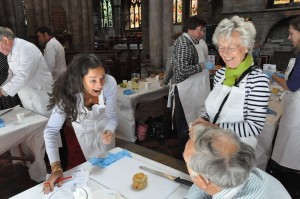 Tamasin Day-Lewis has a laugh 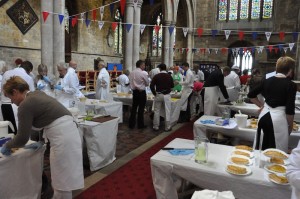 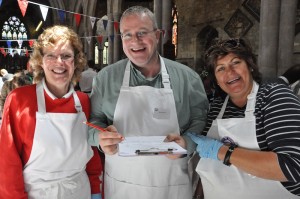 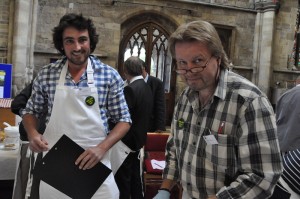