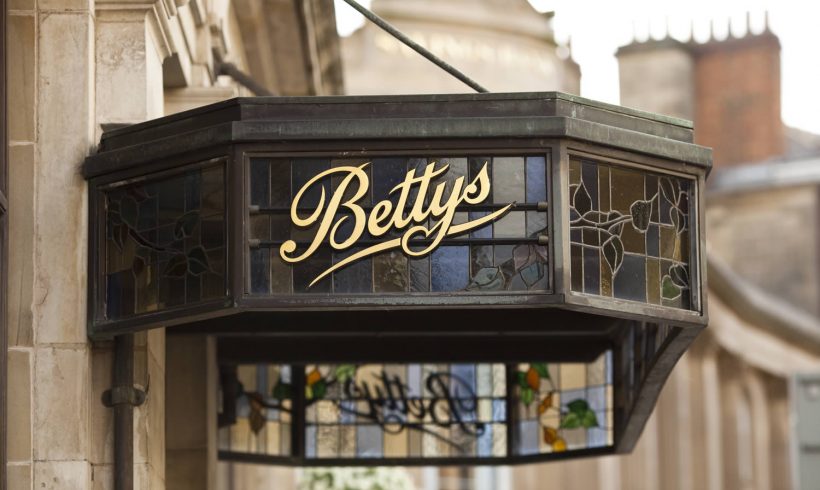 Why afternoon tea at Bettys is a must

There are few better places to take afternoon tea than Bettys in York (or its five other Yorkshire branches for that matter). Especially when you’re with friends and family.

From the outside, Bettys is gorgeous. It’s grand, traditional and looks magical – and there’s usually a queue of people outside to prove it.

The Belmont Room, Bettys’ upstairs tearoom, is reserved exclusively for their finest afternoon tea. There’s even a side entrance, solely for the room, just to make you feel extra special. 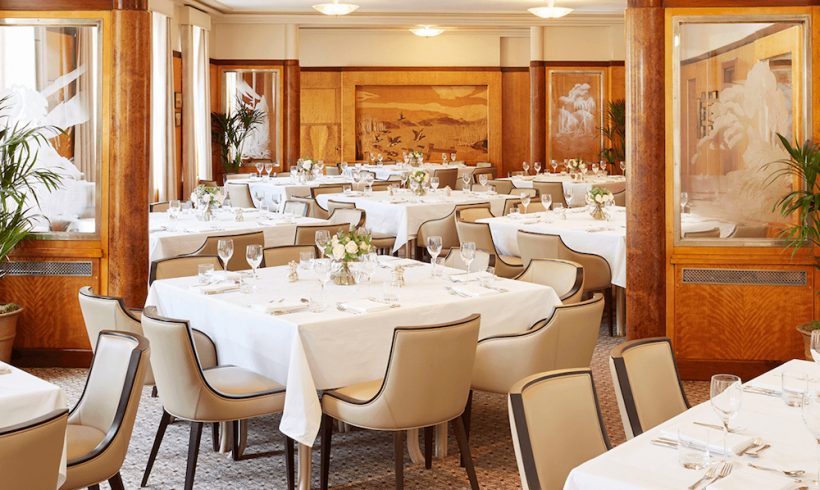 The Belmont Room transports you back to an age of tradition and sophistication, with gorgeous wood-panelled walls, huge, beautiful windows and perfect white tablecloths. You might even find a pianist in there.

Getting ourselves off to a good start, we began with a glass of Champagne each (or Luscombe Elderflower bubbly for some), followed by a huge choice of teas including some of Betty’s own unique blends. I chose jasmine blossom green tea, which hit the spot perfectly.

Finger sandwiches came next, and it was good to know these could be topped up should we have room. Fillings included chicken and tarragon, Scottish smoked salmon, ham and honey mustard, and egg mayonnaise. To follow we had two mini scones with jam and cream. The size was just right, leaving room for the fabulous cakes that came next. 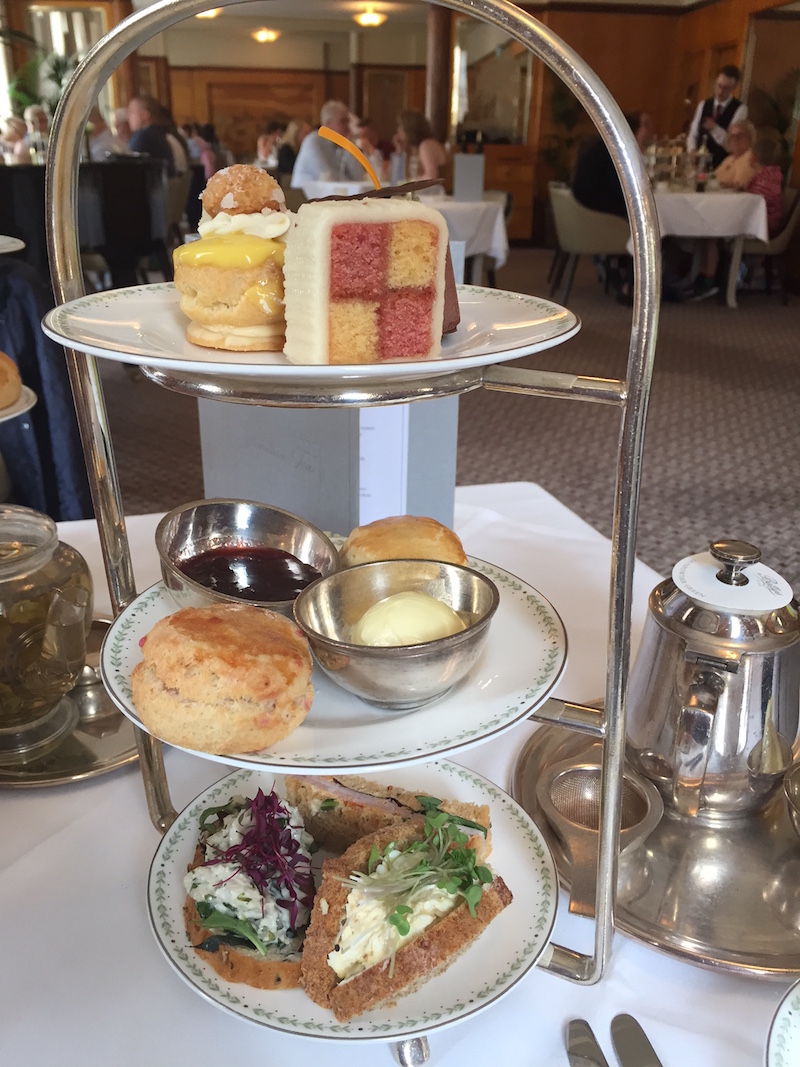 And excellent they were. Topped with the Bettys logo and laced with fruity, chocolatey goodness, these desserts were almost too good to eat. The cakes we could not manage were given to us in boxes to take home.

A little history of Bettys
Bettys has been going strong since the Harrogate branch opened in 1919. Bettys in York opened around two decades later. In 1936, founder Frederick Belmont travelled on the maiden voyage of the Queen Mary. Inspired by the ship, he commissioned the Queen Mary’s designers and craftsmen to turn an old furniture store into his most sophisticated branch yet – St Helen’s Square, York. Today as you sit in Bettys, you can almost imagine yourself aboard a luxury liner.

A few years after the York branch opened, war broke out, and Bettys – particularly the basement ‘Bettys Bar’ – became a favourite haunt of thousands of airmen stationed around York. ‘Bettys Mirror’, on which many of them engraved their signatures, remains on display today as a tribute to their bravery. 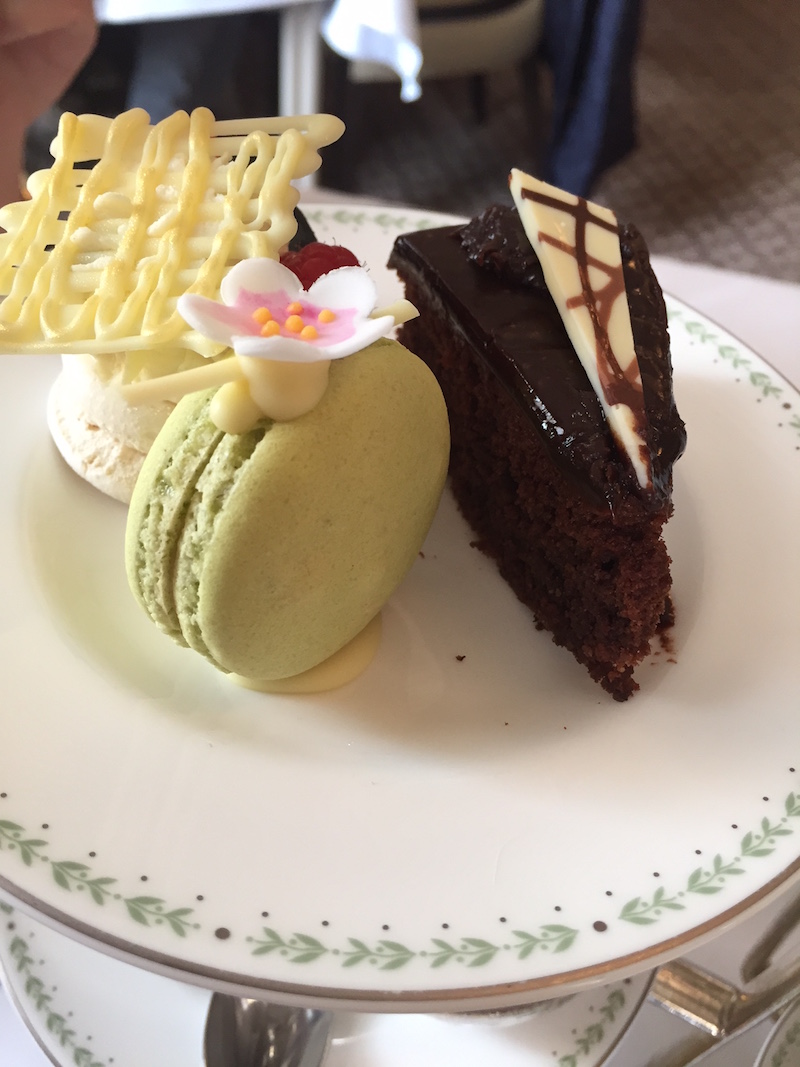