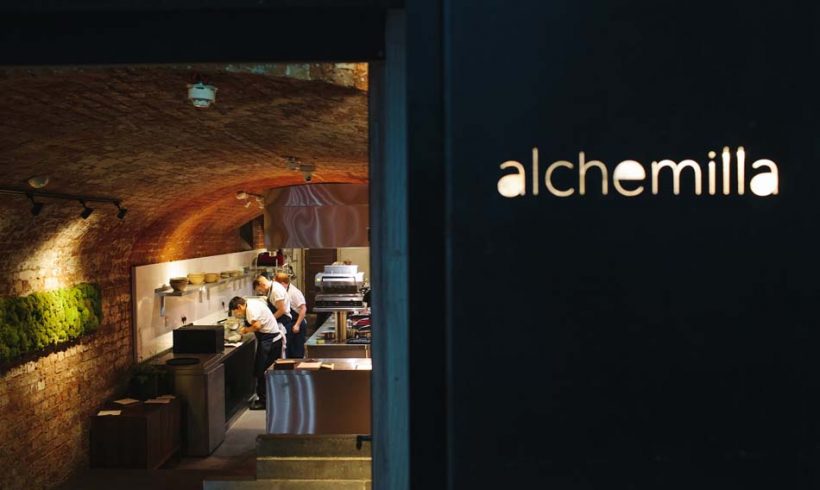 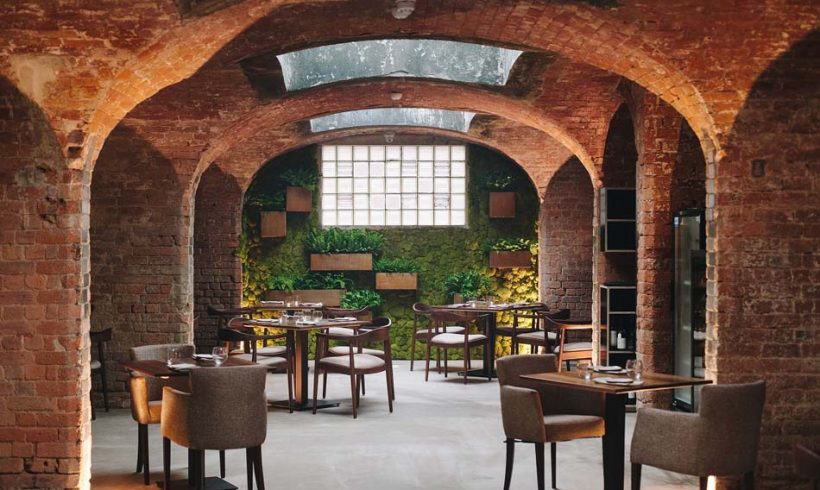 Alchemilla’s opening in summer 2017 was keenly anticipated by Nottinghamshire’s restaurant goers and is so far exceeding expectations. This is Alex Bond’s first solo adventure, having worked previously for Sat Bains (also in Nottingham), Turners and Auberge du Lac.

Alchemilla is special. It occupies a former coaching house that was largely unused for around 200 years. The unassuming façade is easy to miss, with no visible branding and simply the first of several “living walls” (“living” because they sprout plants such as lavender, fern and alchemilla – a herb) visible by which to identify it. The building has been gutted and reinvented as a cool, modern, airy space with the exposed brick, arches and architectural features of the original building left untouched.

As you enter, you walk towards the open kitchen before turning right to the bar and restaurant. The whole place combines modern touches with the history of the building brilliantly, with the living walls complementing the stylish seating. There are fewer tables than some would incorporate, leaving plenty of space and some privacy for diners.

The menu is described as “modern British” but is a sensational and eclectic range of creative and innovative flavour combinations and textures using the best possible fresh ingredients. Evening brings tasting menus available in five, seven and 10 courses with optional wine and beer pairings.

When we visited we chose the full 10 courses and pairings. This included dishes such as smoked shiitake mushrooms with cured pork fat; potato, fermented garlic and buttermilk; BBQ veal with gremolata and smoked cream; and chocolate, miso, banana and lime. The wine (and one beer) pairings worked perfectly with the dishes, all of which were beautifully presented on bespoke rustic crockery. Service was polite and attentive.

Alchemilla is a fabulous addition to the Nottinghamshire food scene and is most definitely a “destination” restaurant. Locally, we are holding out for a Michelin star for this place.