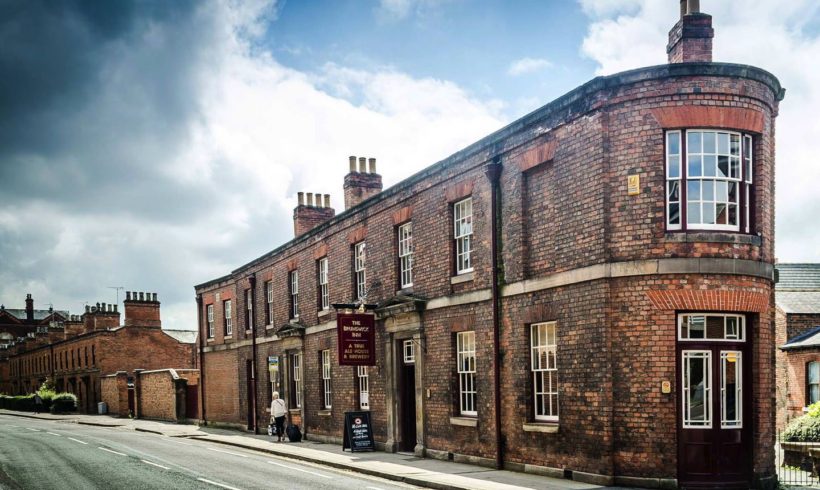 Nineteenth century ex-railway workers’ cottages surround The Brunswick Inn, a pub that was once the hub of a thriving community of North Midlands Railways employees. Derby’s red-brick Railway Village, built in the 1840s during the height of steam power, was once fed, watered and entertained in this fascinating hostelry.

Today this Victorian architectural gem – which was threatened with demolition in the 1970s – is a shrine to cask beer, which isn’t surprising as it is owned by Leicestershire’s Everards Brewery, managed by Chesterfield’s Brampton Brewery and houses its very own separately run micro brewery – Brunswick Brewing Company. The bar is decorated with a spectacular 16 hand pumps and there are always one or two Brunswick Brewing Co. beers on offer here, and ale doesn’t get any more local than that.

Derby’s Brunswick Inn will appeal to anyone who appreciates a well-looked-after, historic pub offering a stunning, varied selection of local beer and cider. As a building it is also worthy of attention, its triangular shape thrusting arrow-like down Railway Terrace.

Heritage pubs like the Brunswick occupy a special place in British culture and Great Food Club is a fan.