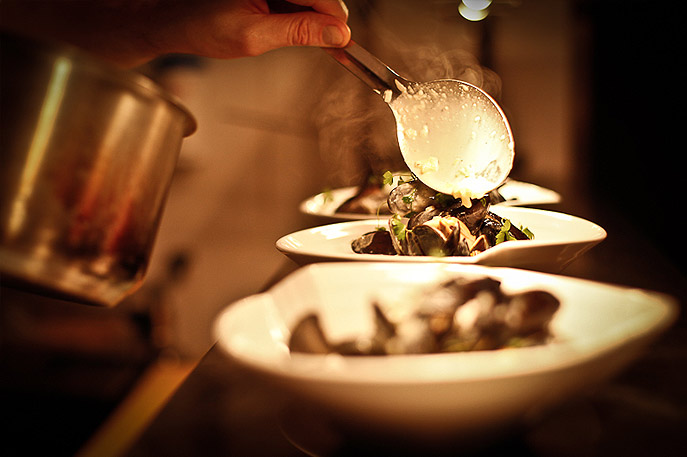 It’s still January (at the time of writing) so I feel like I can come to you with a resolution: I need to get out more.

People keep saying this to me.

I think (and hope) they’re just talking about the restaurants I visit, but as a single twenty-something, I can’t be sure. I live and work in Nottingham city centre, which means the majority of my reviews to date have had a metropolitan flavour. I want to broaden my palate and try more of what the rest of the county has to offer.

Four suburban crackers
Rifling through the Frusher on Food back catalogue, I’ve rarely made it out of the confines of the city’s borders; but the suburbs have some interesting and diverse offerings. Mudcrab, a sort of table-service world buffet in West Bridgford, was my most recent excursion and failed to impress, but there is hope out there.

One of my most fondly remembered reviews is the Larwood & Voce, also in West Bridgford. For my money it is the current best Sunday lunch in the county. Wollaton’s The Cod’s Scallops is also part of the Moleface Pubs family and has always impressed me with its fish, which is clearly sourced with care – a quality sadly often overlooked in landlocked Nottinghamshire.

La Rock demands acclaim with its confident design and obviously talented kitchen. However, when I visited last year I felt they were running before they could walk so I’m hoping 2015 might be the year it all comes together.

You may have noticed that I have not yet taken you much more than a short bus ride out of Nottingham, and I’m not going to surprise you now. Beeston’s Café Roya is a vegetarian’s paradise and gives those who don’t eat meat something they rarely get – choice – and even for the committed carnivore, the eclectic menu is interesting enough to divert you for at least one night. I think the options went to my head as I chose a Spanish starter, followed by an Ethiopian main, concluding with a traditional British apple crumble!

Tell me where to go!
So where is on the hit list in Nottinghamshire? I’ve heard good things about Langar Hall, way out in Stilton country. It provides a stunning backdrop that few restaurants can match, with an exciting menu I’m keen to try. The Carriage Hall, a popular wedding venue that I’ve only visited for business rather than pleasure, is the home of Perkins Restaurant. They regularly hold special wine evenings and it is worth keeping an eye on their website for the one that’s right for you. Their upcoming Asia and Provence nights piqued my interest. Both of these restaurants are partners of Great Food Club with offers available, so perhaps I’ll meet you there!

But I’m surely missing some hidden gems in far flung places, like Newark perhaps, or Worksop. My manager is always telling me how good Mangrove Indian restaurant in Mansfield.

With that ringing in my ears I’m always interested in these word of mouth destinations that deserve to be shouted about, so get in touch via Twitter (@alecfrusher) to let me know where is worth me going that extra mile (or even 10 if I’m feeling adventurous).