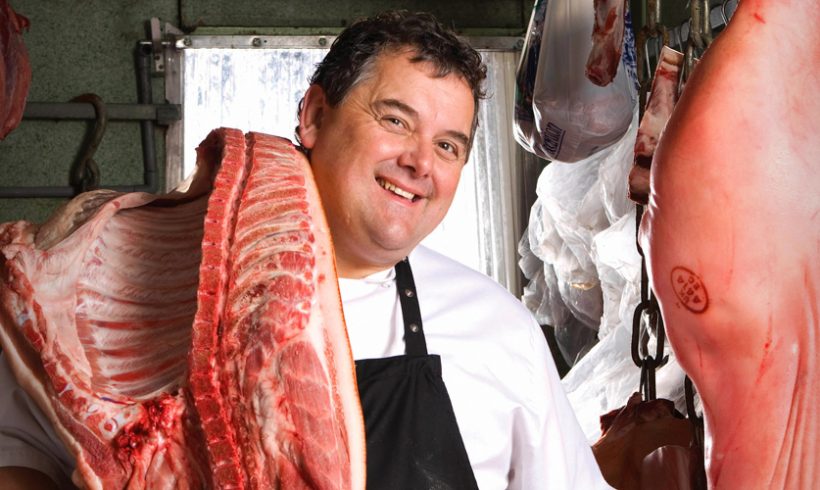 Guardian food writer Mathew Fort once described Johnny Pusztai as a “a ham-curing, bacon-smoking, sausage-making force of nature”. As a past holder of The Observer Food Monthly’s prestigious Producer of the Year award, and with a host of other awards and recommendations to his name, Johnny is something of a celebrity in the world of meat.

I last met Johnny when he took me on a tour of his butcher’s shop, JT Beedham’s (named after the shop’s original owner, under whom Johnny worked) on Nottingham’s Mansfield Road, followed by a visit to see the farms that supply his shop. Johnny mentioned then that along with Beedham’s, his many food festival appearances, outside catering, BBQ events and cookery demonstrations, he wanted to add “restaurant owner” to his list of accomplishments.

So I was delighted to catch up with Johnny again, enjoy an enormous bacon butty and hear how his plans have developed. Johnny has acquired the building next to his butcher’s shop and now the time has come for Johnny to start putting his plans in place. This former newsagents will, over the next year or so, be gradually transformed into the first ‘Snobby Butcher’ restaurant. 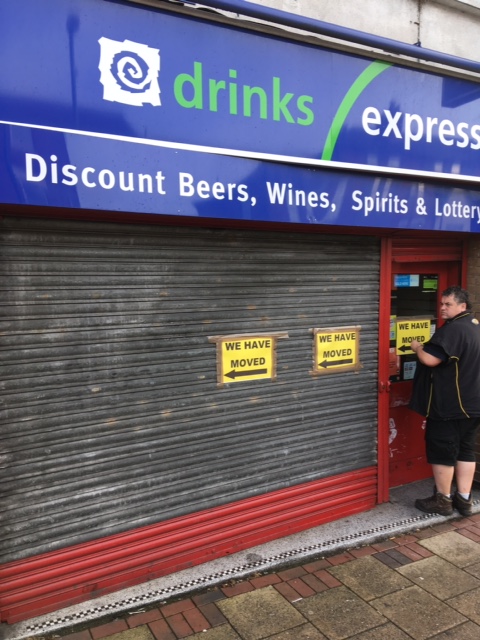 The newsagents will be transformed into ‘The Snobby Butcher’ restaurant

Johnny will bring his butchery passion and expertise to the front of the menu. He tells me that the Snobby Butcher will be a “restaurant within a butcher’s shop and butcher’s shop within a restaurant”. During the day a butcher will be on site to cut your meat to any requirement before it is cooked to your taste. You can even have your meat order for home prepared as you enjoy something to eat or drink in the restaurant.

We took a tour of the empty shell that will be transformed into Johnny’s vision. Having done the same myself (taken a completely empty building and fitted it out as a restaurant), I don’t underestimate the work needed to turn this former shop into into his dream, but he is clear about what he wants and is no rush. He wants to take his time and get it right. 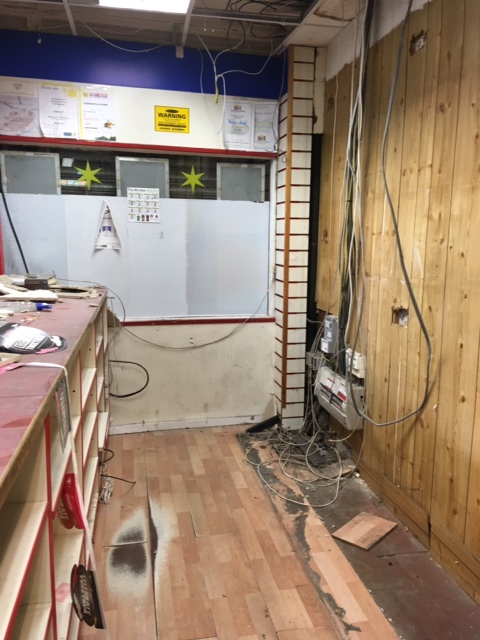 There’s lots of work to do!

Johnny’s vision includes a full wood-fired grill for barbecuing meat, a homage to his well-known love of all things grilled and BBQ’d. There will be a complete spit for a hog-roast, a Himalayan rock-salt fridge for ageing the meat, and an open kitchen so people can see their food being cooked by Johnny’s expert team. “There will be nothing like it in Nottinghamshire,” he tells me.

Along with the faggots, black puddings, sausages (over 50 varieties), pies and pulled pork, there will be an evolving menu using novel and more unusual cuts of meat. At this point Johnny asks me if I would eat lamb or beef testicles and begins to demonstrate the technique for preparing them. I flinch only mildly and assure him I’d try anything once (and indeed I would).

As well as opening during the day, the Snobby Butcher will available for evening pop-ups, butchery and sausage-making classes, and of course, in celebration of his roots – regular Hungarian evenings, with traditional specialities.

This restaurant will be different, special and well worth a visit. We can’t wait for it to open. Johnny hopes The Snobby Butcher will launch before the end of 2018.