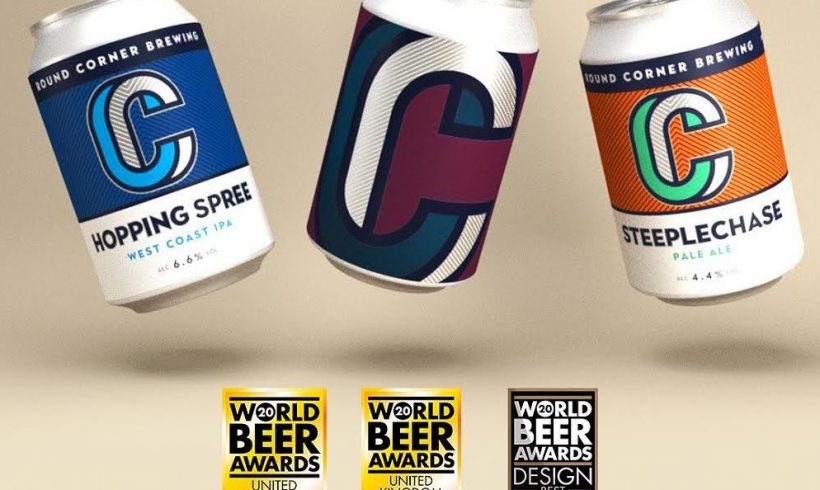 Round Corner Brewing of Melton Mowbray – just two years old and Great Food Club’s current Drink Producer of the Year – has bagged three gold medals at the prestigious 2020 World Beer Awards. The winning performance means it is once again one of the UK’s most accoladed breweries at the awards. Expert panellists awarded the medals after a blind-judging process involving more than 2,200 beers from over 50 countries.

Hopping Spree, Round Corner’s signature West Coast IPA (6.6% ABV), was one of the winners. The beer also won gold at last year’s European Beer Challenge. Hopping Spree is inspired by the legendary rabble-rousing adventures of the Marquis of Waterford – originator of the phrase “paint the town red” after a big night out in Melton Mowbray!

Brewer Scott Sharp-Heward said: “These wins make us so proud – decades of brewing knowledge went into crafting these amazing beers.”

Co-founder Combie Cryan said: “We want to weave as much of the amazing feeling and history of Melton Mowbray and its surrounds as we can into our beers. We’re proud that it’s being noticed.”

Head brewer & co-founder Colin Paige commented: “Round Corner is a philosophy. It’s about innovation but rooted in a deep belief that real craft beer is about the relentless pursuit of perfection, not jumping on the fad bandwagon.”

About Round Corner Brewery

Round Corner Brewing is based at a bespoke brewery in the heart of Melton Mowbray’s 1,000-year-old agricultural market. It aims to brew outstanding beers in keeping with the celebrated gastronomy of the region, which is famous for its Stilton and Melton Mowbray pork pies.