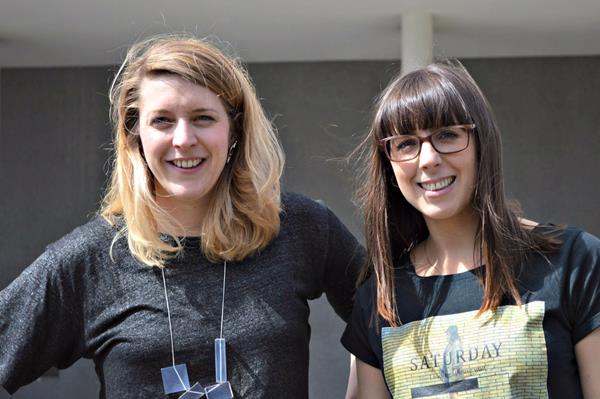 You know what it’s like, you have a couple of drinks with a good friend, and then a couple more, and all of a sudden you come up with what seems like a fantastic idea and before you know it, you’re setting up pop-up food markets across England.

Well, that’s kind of what happened to street-food enthusiasts Ali Gannagé Addison-Atkinson and Liz Hoskyn. The “Travelling Gastronomers” as they are known, rolled into Sneinton Market in Nottingham a couple of weekends ago and I had the pleasure on a bright, warm and sunny Sunday morning of taking a seat at the heart of the market as the stall holders got ready for a day’s trading and chatting to Ali and Liz. 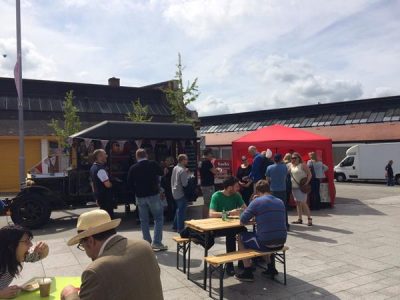 Ali and Liz are based in London and their idea – to ‘export’ the London street-food vibe to smaller towns and cities across England – was indeed conceived over a few convivial drinks one evening. Their mission is to create great pop-up food markets at various venues across England over the next few months, focusing particularly on local traders and producers, providing them with a high-quality platform to showcase their food and reach new customers.

Friends in Nottingham persuaded the duo to take a punt on the city as their first location. Sneinton Market has recently undergone a massive transformation as part of the City of Nottingham’s Cultural Quarter project, and the marketplace and associated buildings have been sympathetically renovated and modernised. With support from the city council and a warm welcome from the local Sneinton community, this space has proved an ideal first venue. The Travelling Gastronomers will be returning monthly to Sneinton Market over the summer and have plans to create similar pop-up markets in Derby, Loughborough and further afield.

There were around 17 traders over this first weekend, and Ali and Liz are keen for local independents to get in touch if they would like a pitch. The plan is to keep the markets reasonably small-scale to maintain the atmosphere and ensure all traders have a great spot to set up and sell from. 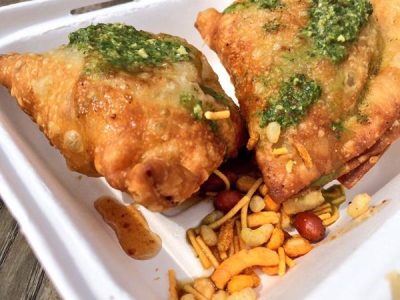 I had deliberately skipped breakfast to give myself a fighting chance of trying as many food options as I could. I, rather bravely I thought for first thing on a Sunday morning, went for a couple of Bombay Tapas samosas which were superb and followed up with Dim Sum Su’s traditional pork and prawn wantons and a slow-cooked belly pork bao, both of which were delicious. I also couldn’t resist taking home a selection of scotch eggs and sausage rolls from the fantastic Hartland Pies. 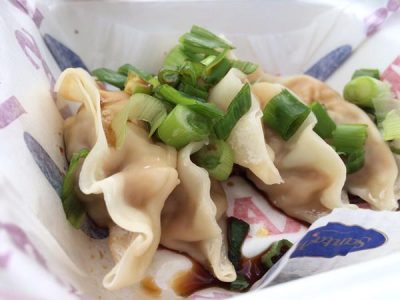 It has to be said that on a lovely spring weekend, this pop-up market had a friendly, relaxed feel, helped along by live music on the purpose-built pop-up stage and a bar selling local craft beers and ciders. A gradually swelling crowd of families, couples, students, and older people emerged into the warmth over the morning and we spent a very pleasurable couple of hours in the sun. I think the Travelling Gastronomers might just be onto something here.