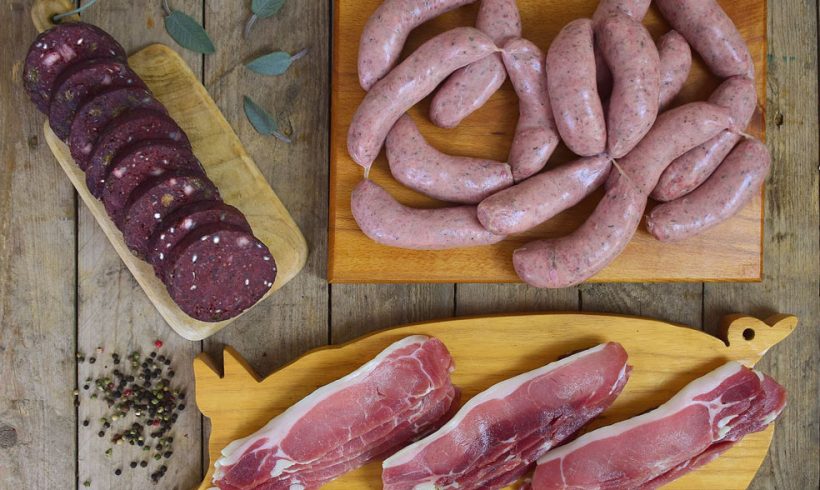 The Fruit Pig Company may be East Anglia based, but word of their award-winning fresh-blood black pudding has spread far and wide. It is now served in Michelin-starred restaurants such as Tom Kerridge’s Hand & Flowers in Marlow, Tim Hart’s Hambleton Hall in Rutland, and Tom Aitkens’ Tom’s Kitchen in London.

I first met Grant Harper, joint owner of The Fruit Pig Company of Wisbech, at Creake Farmers’ Market in Norfolk and then at Holkham Hall’s Food Festival. I was drawn to Grant’s big friendly smile and tasty array of gluten-free sausages. Little did I know at the time that there is much more to the Fruit Pig Company than the humble sausage – they produce more than one-tonne of fresh-blood black pudding every month. 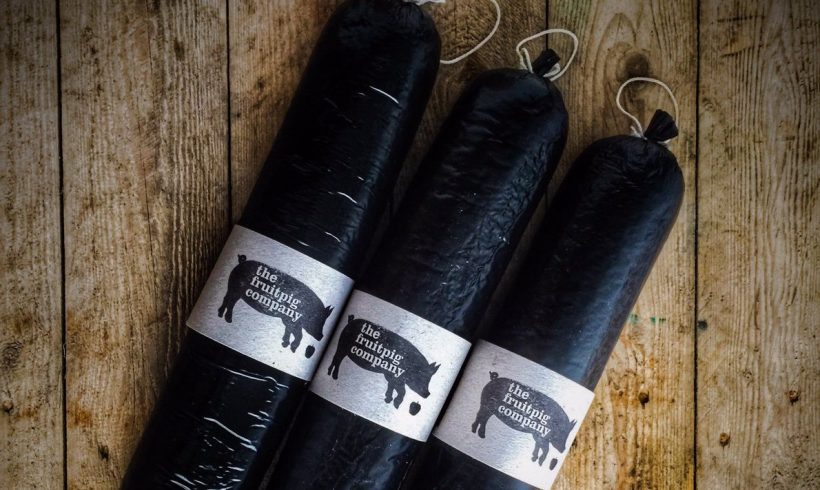 Grant’s business partner Matt Cockin started the Fruit Pig Company in 2009 having left the RAF, retrained in butchery and bought a smallholding in Norfolk. Grant became Matt’s business partner later on. Matt and Grant proudly told me how they have seen their business grow beyond all recognition over the past two years, and as The Fruit Pig Company has grown, they have grown in confidence. They’ve become established in the UK as a specialist traditional breeds butcher famous for black pudding, white pudding, mutton, bacon and handmade charcuterie. Other famous customers include Jimmy’s Farm in Suffolk and Norfolk’s own Titchwell Manor. More recently Grant and Matt have seen their black pudding become internationally renowned, having sent a trade order to Hong Kong.

Like many small independent businesses, Matt and Grant are responsible for so many areas of their work from butchery through to PR and marketing. They’ve had to master so much. Having met and chatted over coffee with them, their enthusiasm is contagious and their modesty endearing.

Look out for Matt and Grant on Jamie & Jimmy’s Friday Night Feast, Channel 4 in January 2017.

Louisa lives in rural Norfolk and has a passion for eating and writing about local food.