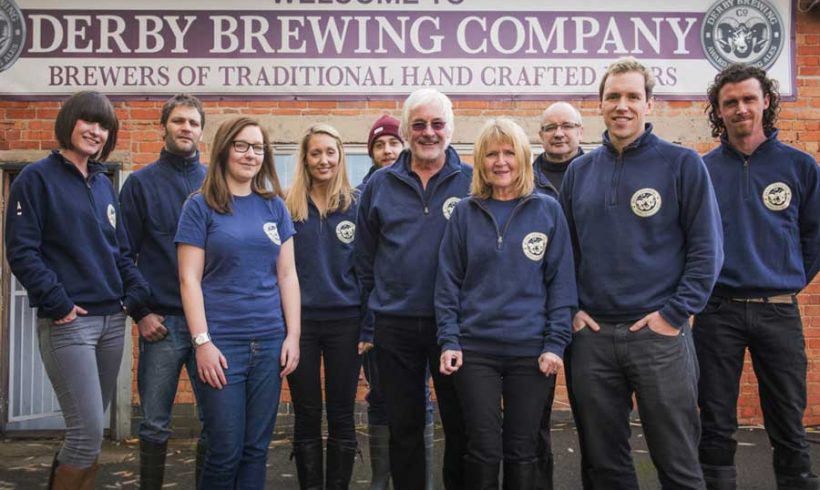 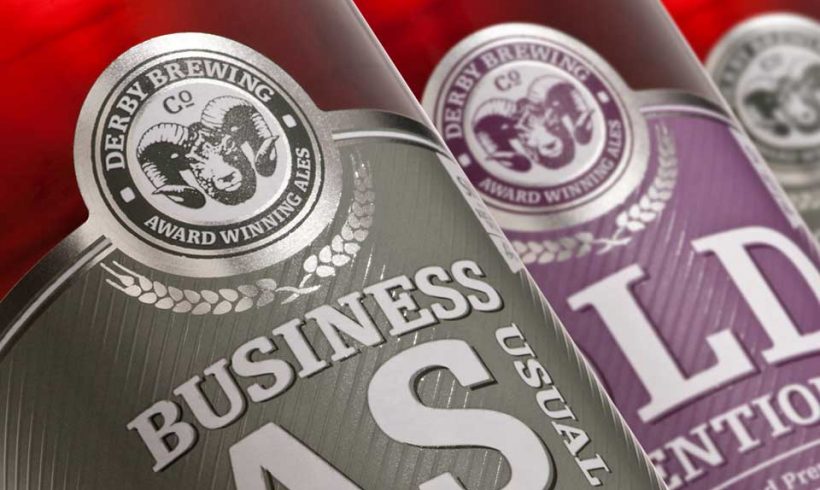 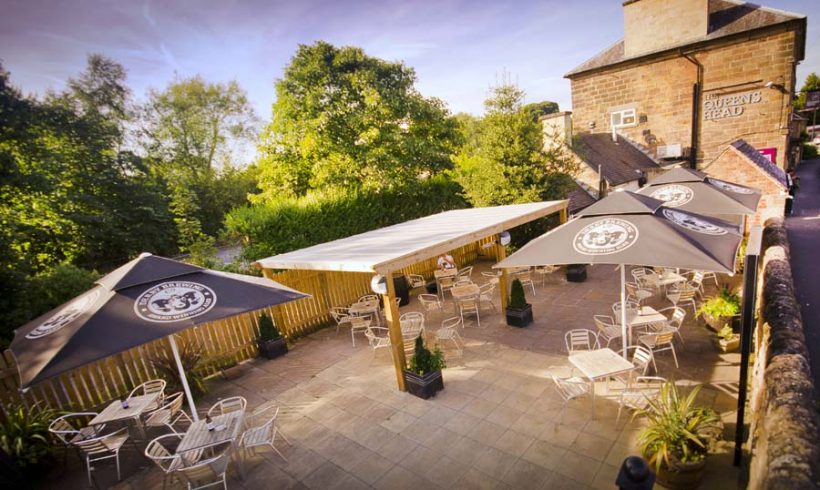 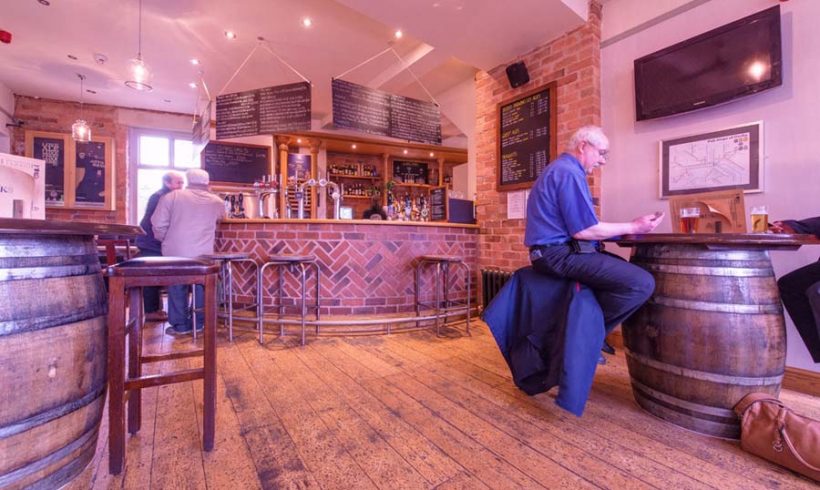 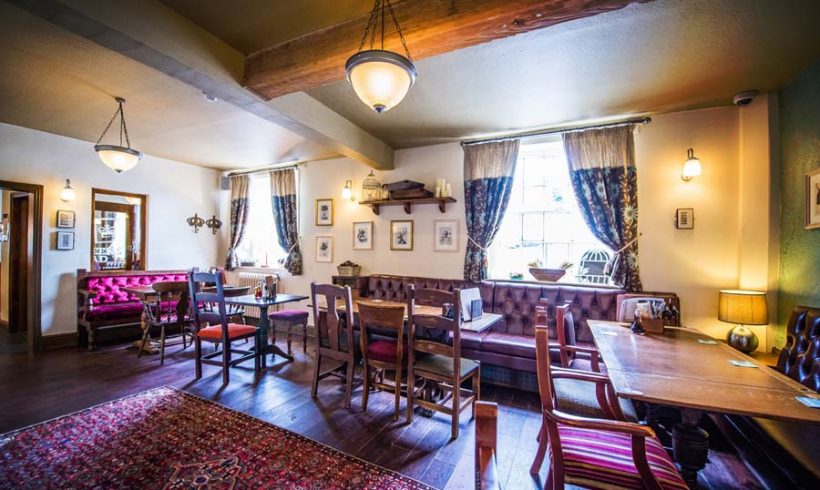 The rise of Derby Brewing Company is a success story that should bring a rosy glow of pride to the cheeks of all beer and pub lovers. Passionate about great ale, unique pubs and local produce, Derby Brewing Company has played a leading role in driving Derby’s beer revival and in the process has breathed new life into four closed or run-down venues, creating places with individuality, charm and soul.

“It began in 1987 when Dad bought and regenerated The Brunswick Inn on Railway Terrace in Derby,” says director Paul Harris, son of founder Trevor Harris. “The pub was in a bad state – just a shell really – but he transformed it into a shrine to cask ale, with 17 handpulls, creating one of the first true free houses.” In 1991 Trevor added a microbrewery to one end of this historic former railway tavern. This became the Brunswick Brewing Company and at the time was the first brewery to operate in Derby for many years.

Fastforward to 2002 and Trevor, having ploughed his energy into creating something special, decided it was time to hang up his brewer’s overalls. However, his retirement proved short lived. Ever the beer enthusiast, Trevor was soon brewing again, and it wasn’t long before he’d set up Derby Brewing Company with his wife Kes.

The next step was to secure a pub where they could showcase and sell their many beers, which are brewed on Nottingham Road in Derby. That pub was The Tap, which sits on the bank of the river Derwent at 1 Derwent Street, Derby. It had been empty for two years and was in a bad state of disrepair before Derby Brewing Company got its hands on it. Paul hunted down the owners and bought the site in June 2008.

“Following a major refurbishment we turned The Tap into a specialist beer and spirit house, showcasing over 75 beers and ciders and 70 spirits,” said Paul. “It’s a Victorian building with a fantastic roof terrace overlooking the river, and a past winner of Derby CAMRA Pub of the Year.”

In 2009, The Greyhound on Derby’s Friar Gate was added to the portfolio. This had been closed for three years before being bought and lovingly restored. “We worked with local artist Martin Hyde to bring the Greyhound back to life,” said Paul. “As with all our venues, we wanted to create a pub with its own individual style that remains in keeping with its local ‘microclimate’, far removed from the feel of a chain pub.”

To secure their third site, the team linked up with Leicestershire’s Everards Brewery. The Queen’s Head in Little Eaton is a ‘Project William’ pub owned by Everards and run by Derby Brewing Company. Working in partnership with Everards, Paul and Trevor took this 19th century coaching inn by the scruff of its neck to create a cosy, atmospheric village pub that offers plenty of locally sourced food. Ingredients come from the village butcher (located literally next door) and the local greengrocer, and the beers are – naturally – from Derby Brewing Company and Everards, plus other local brewers.

Derby Brewing Company’s fourth site is its biggest project of all: 18th century Kedleston Country House on the Kedleston Estate, just north of Derby, designed by Georgian architect Robert Adam. “Kedleston Hotel as it used to be known had been shut since 2010,” said Paul. “We’d seen it looking sad and empty for years, so when I read that the previous tenant was leaving, I rang the Kedleston Estate Office to express our interest. After successfully becoming the approved tenants following a pitching process, we worked with the Curzon family of the Kedleston Estate to restore the old hotel, creating a relaxed restaurant, bar, wedding venue and boutique hotel. It opened in August 2015, the culmination of an almost five year project.”

Against a tough economic background, Derby Brewing Company has resurrected four venues (five if you include the still thriving Brunswick Inn). It has also created a respected beer brand. How have Paul, Trevor and team done it? Last word to Paul: “We are passionate about brewing top quality beer and also about creating unique, individual venues that are suited to the microclimates in which they exist. We hate the idea of ‘chain’ pubs that all look and feel the same.”