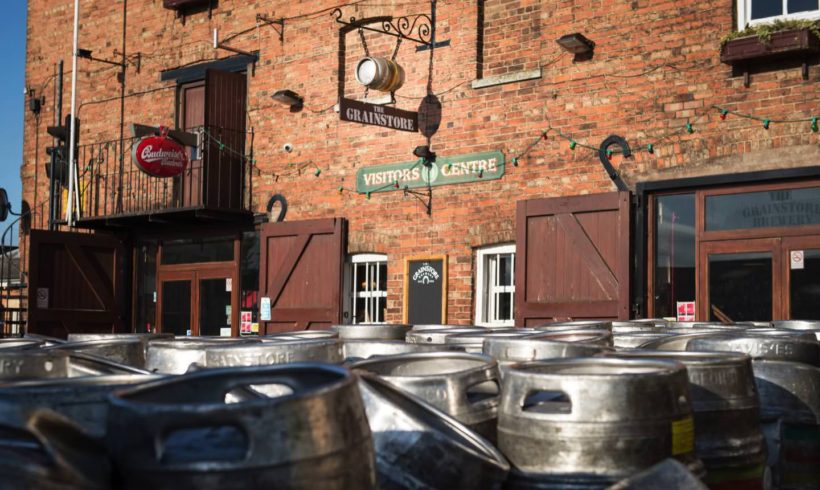 Rutland’s Grainstore is a brewery tap and brewery housed in a converted railway grain warehouse next to Oakham train station.

This is a real working brewery with brewery tap on the bottom floor, focused on producing and serving top quality ale. Head brewer Tony Davis is one of the most respected beer makers in the country.

The Grainstore’s food is not to be sniffed at either – the sort of fare you’d expect in a brewery tap: warming broths, ploughman’s, homemade burgers, grills, sharing platters, and rustic sandwiches along with traditional pub classics, all made in-house using local produce.

Tuesday is ‘Build Your Own Burger’ Night, Wednesday ‘Pie and a Pint Night’, and Friday ‘Steak Night’. Breakfast is served each Saturday and Sunday, and traditional roast on a Sunday.

As you tuck in to your food at your wooden barrel table, worn bare floorboards under your feet, dried hops above your head, you can be sure that upstairs gallons of Grainstore ale is being brewed. Ten Fifty, Red Kite, Rutland Panther, Cooking, Triple B and Osprey are just some of the beers produced on the premises, along with Rutland Bitter, one of only three ales in country to hold a PGI. All have won awards, and the Grainstore offers brewery tours so you can see how they’re made.

It also offers a mobile bar service for events such as weddings.

View all businesses in Rutland
We use cookies on our website to give you the most relevant experience by remembering your preferences and repeat visits. By clicking “Accept”, you consent to the use of ALL the cookies. However you may visit Cookie Settings to provide a controlled consent.
Cookie settingsACCEPT
Manage consent